I leave a few weeks later than I planned, just as the weather takes a turn for the worse.

In Munich, driving rain. As I head east, it clears, but remains grey. Every car on the Autobahn overtakes me.

In Deggendorf, brown foals stand in bare fields of purple earth. There, the road takes a sharp turn and begins to head up the mountain. I pass through Regen, Zwiesel.  I’d like to park somewhere and take one last look down at Germany, but there’s too much fog; I can’t see a thing.

Želená Ruda is the Czech border town. Hand painted signs advertise cigarettes. There are two gas stations and two casinos. There are four nail salons with pink, blinking signs, and blue wood smoke rising from muddy houses. To the left and right of the street, shacks are propped up, haphazardly, like theatre sets. Outside of them Christmas ornaments, bird houses and woven baskets dangle. From the road, it’s impossible to see into the shacks but given the amount of stuff out on the street, it’s easy to imagine that inside they are empty. Their owners sit outside, as immobile as their wares, wrapped from head to toe against the damp cold.

I drive through Harmanice, past wet fields ringed with birches. The birches here are straighter, prettier (it seems to me), and farther along in their change of colour. I follow a winding road that traces the black, narrow Otava river. I drive through Střelské Hoštice, Předotice, Zvíkovské Podhradi. Towns pass by in an instant and are gone forever. Apple trees heavy with fruit line the roads. Apples roll into the street and under my tires.

I stop to eat in Jistebnice. It’s evening now, and Jistebnice is pitch black, except for the blue glow of a bank machine, and the tiny yellow windows of a tavern. A group of teenagers lean against a wall near my car. One of them sees my foreign license plate, and asks with a smile, what the hell I’m doing in Jistebnice. I’m on vacation, I say. He looks confused and shakes his head apologetically. Sorry, he says, my English very few. I ask him what he recommends at the tavern and he tells me to get the fish.

The tavern is a small room with six tables and an unlit fireplace in the corner. Five tables are full. People shout and laugh. Children swing between the tables and run behind the bar. I sit down at the sixth table and order a small beer and fish. The waitress laughs and tenderly tells me that at this tavern they serve only fish, so I’ll have to be more specific. She passes a menu, all in Czech, and patiently tries to translate it for me.  I order fried trout with potato salad and mayonnaise, eat quickly and leave. Voices and laughter follow me out into the street, then the door swings shut and they are gone. The teenagers have left and the night is cold and quiet. I drive through the dark, and turn on the radio to keep from nodding off. The sky is as black as the Otava. No moon, no stars. 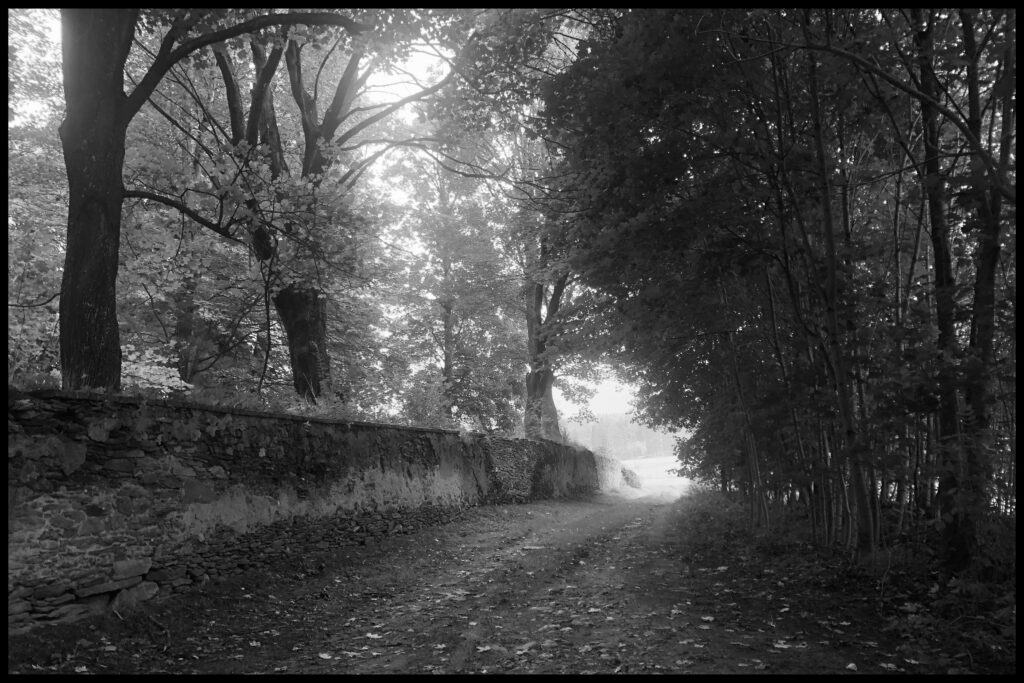