In St. George’s Basilica in Prague there exists a statue of death unlike any I’ve ever seen: a small, green figure, with a hood of many sumptuous folds, standing alone in the crypt, set off to the side like something in storage. His intestines peek out under emaciated ribs, his eyes are hollow as cups, and a snake-like root or root-like snake comes out of the floor and winds it way up to his knee.

As I gaze at him, it seems to me as if this entire basilica (Prague’s oldest) has only been built to house this strange, anonymous statue of death, though I know from the brochure that it holds the remains of an important saint and other objects of higher value.

“If,” writes Czech poet Jaroslav Seifert, “in the white basilica of St George fire broke out, God forbid, its walls after the flames would be rose coloured… the fiery heat would make the limestone blush.” When I read these lines later in a small bookstore in Malá Strana, I picture (yes, God forbid!) fire burning down everything except this little green statue, which appears indestructible and brand new next to the peeling wall paintings and delicate reliefs.

I leave. Outside the castle and tucked into a corner near the British Embassy, a hundred bouquets of flowers are strewn in the street for Queen Elizabeth. I’d like to get closer and pay my respects but a television reporter is nearby, wobbling over the cobblestones in high heels and waiting to interview anyone who comes too close. She grins at me. Her mouth is full of menacing, brilliant white teeth. 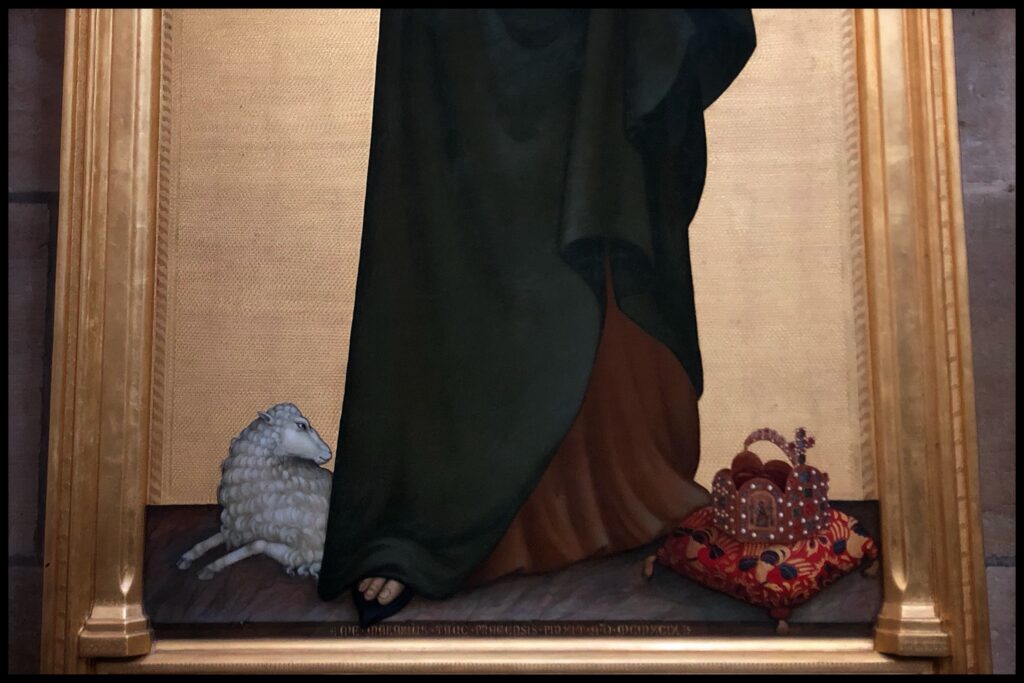 P.S. For those confused, I decided after my failed attempt to sightsee on the first evening, that I would go for a walk in the morning before I left.