On our three days in Warsaw, we visited the Museum of Warsaw and the Heritage Interpretation Centre. We learned that the city of Warsaw was destroyed in 1944,  85% of the city was bombed by the Germans in retaliation of the 1944 Warsaw uprising.

Efforts from several architects and the state after the war created a plan of reconstruction. From 1945-51 the old town place was reconstructed, however not exactly as it was before, creating a more spacious city centre. Our lovely guide Marta took us around and showed us the history of the reconstruction and the UNESCO recognition.

Later we went to the Warsaw Museum at the old town place where we learned more about Warsaw’s history and population. We walked around through the old town and enjoyed the nice weather.

The next day we went to see the National Museum of Warsaw were our lovely guide Mr. Glowacki, who works at the curatorial department told us about the history of the museum at the time of the war. We found that the museum was almost completely looted by the Nazis, with paintings such as a Young Man by Rafael never returning. We also saw efforts from the Ministry of Culture of Poland to track paintings lost during that time which we were able to see at the museum.

Lastly, a nice story about a important symbolic painting for the Polish people. A massive war painting by recognised artist Jan Matejko. The great scale art work was dismounted by the staff and hidden, first in Warsaw and later buried in Lublin. The staff wanted to avoid the Nazis burning the painting as the topic of the work was the defeat of the German army to the Polish army in the 1500.

We found Warsaw lovely, filled with life and great food! We will be back once more! This is the end of our journey so thank you readers and to the next adventure! 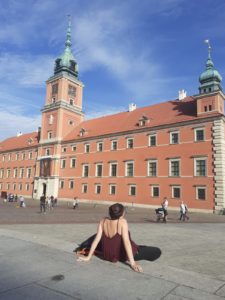 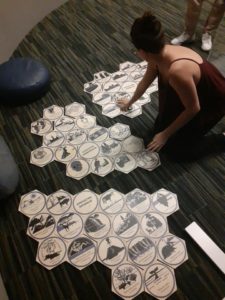 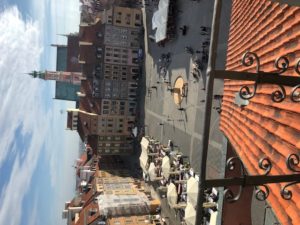 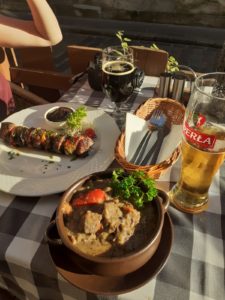 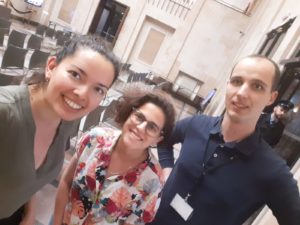 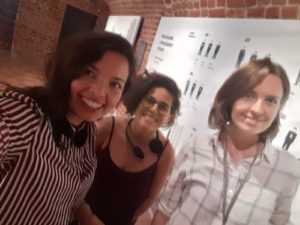 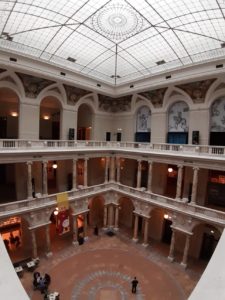 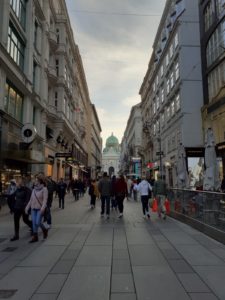 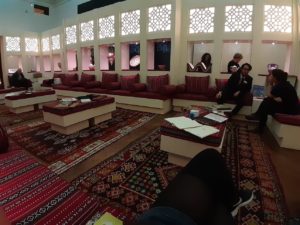 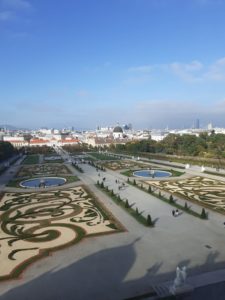 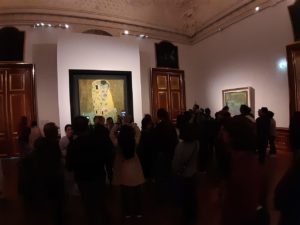 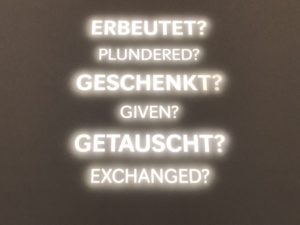 Arriving to Bruges, we decided to go head on to our most interest spot. The church of Our Lady of Bruges which holds a beautiful Michelangelo sculpture of the Virgin Mary.

The virgin is a symbol of the city and its people. During WWII it was stolen by Nazi solders and smuggled out of Belgium in a Red Cross truck. The sculpture illuminates and stands today at her home because of a group of heritage and art historian professionals which located most of the stolen art by the Nazis. The famous movie the monuments men was based on this story and the inspiration for our entire trip.

The lady of Bruges was returned home after being discover in a Salt mine in Germany with many other works of art. At the moment the altar where the virgin sits is being restored to honour and maintain the virgin’s home. 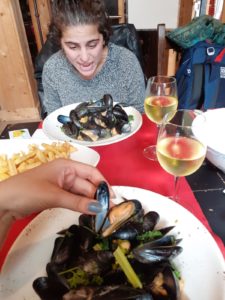 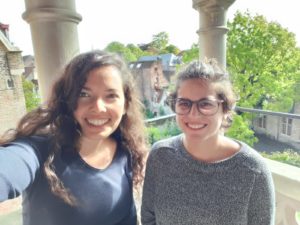 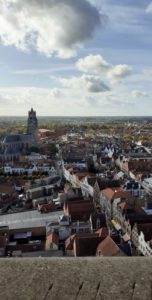 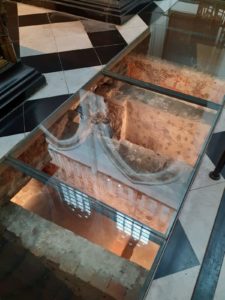 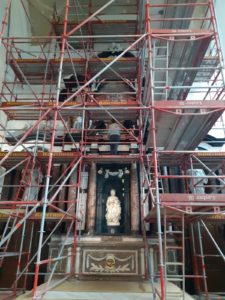 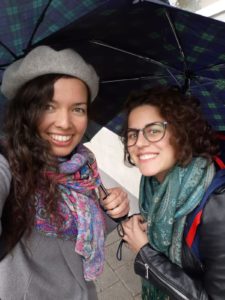 Our last day was full of adventure. Early in the morning we went for coffee at the Old English Building or Museum of Musical Instruments which has a restaurant on top and you can access that for free. The architecture and view was breathtaking.

After coffee we went to the BOZAR or PSK, with our research at hand we accessed the building to see a Brancusi exhibition. According to an article by cultural journalist Geert Sels, the BOZAR was used as an action house during the war. This became a common practice during the Nazi occupation because business was slow for the BOZAR.

During 1940, it was the first time in the PSK history that a financial year was closed with a loss. According to rough estimates by Kim Oosterlinck’s ULB team, in 1942 the auction house brought the BOZAR a revenue of 2 million francs. Unfortunately, we weren’t able to meet anyone at theBOZAR to corroborate this information.

Needless to say, during this time the common practice was art theft to Jewish people, as well as prime customers being the German occupiers.

This exciting history combines with the beauty of the Victor Horta’s building. We loved the exhibition and the space. We highly recommend it.

Later that day we went to a lovely sea food restaurant and we ended our adventure with a personal visit to the school where Mafe’s grandmother went during the WWII. 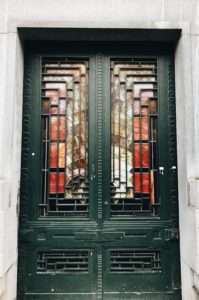 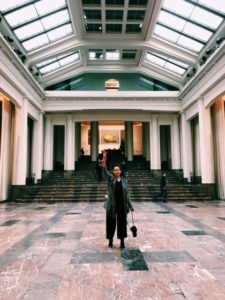 We made it to Brussels! After a fun afternoon yesterday, we saw the Museum of Fine Arts with an excellent exhibition of Bruegel, including an immersive experience to his paintings. Later that night we went to the famous Delirium bar where we had typical Belgian Beer.

Today we met with Ms. Paula Cordeiro, who works at the heritage office in Brussels. We where guided through the Grand Place, a museum and the town hall tower by her. She told  us the history of Brussels and the processes of restoration done to the place from 2004 until 2016.  Later we had lunch at the iconic Aux Armes de Bruxelles where we had the Waterzooi dish, traditional in Brussels.

Finally we went to the cathedral of the city where we admired more art works and decorations.

Stay tune for our last day as we will visit the Bozar and explore the history of this venue which our research found it was an auction house of stolen art during the 30s and 40s. 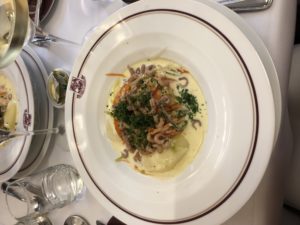 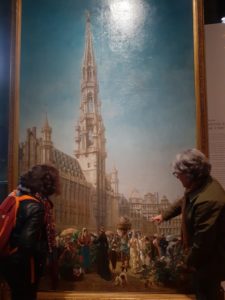 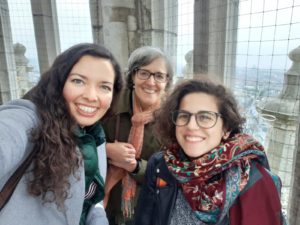 On our last day we went to the National Museum of History and Art, we went through the Palaeolithic to the 100 anniversary of the Suffrage in Luxembourg.

Museums in this city have incredible architecture, adapting old fortresses walls to their structure and incredible exhibitions.

Later we went to the famous Chocolate Store across from the Chambre des Deputes, and discovered why it is so famous. Our choices were two hot chocolates (lavender and salty caramel) and a piece of tiramisu cake. We enjoyed our last views of the city and ended our day at a local bar called Vis à Vis. Au revoir to Luxembourg! 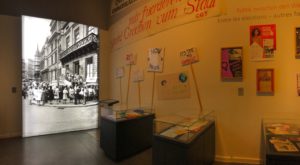 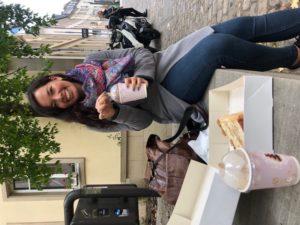 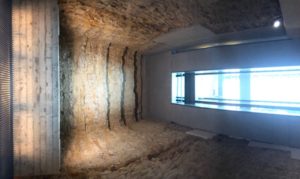 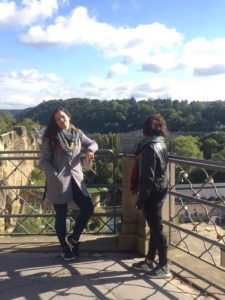 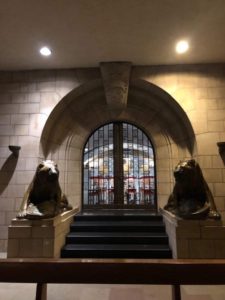 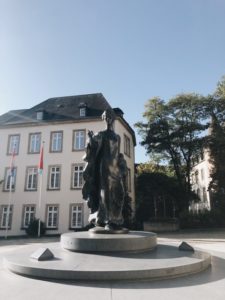 On our journey to Luxembourg, we discover France was very near. We decided to go to France on our first day in Luxembourg! Metz met us with a lovely cathedral and a 13th century café.