Welcome to Vienna – the ‘heart’ and the ‘musical capital’ of Europe. There are many reasons why I chose this city not only to be my first destination for my UNESCO adventure, but also to be my second home.

I had previously visited the city when I was very young, and I couldn’t help but fall in love with it. This is when I knew that I wanted to move here for at least some time and spend my students years in this beautiful place. I have been in Vienna for 4 years now, and I knew I wanted my journey to start exactly here. Behind its gorgeous castles and facades, Vienna has so much more to offer.

The historic centre of Vienna was added to the UNESCO World Heritage List in 2001 and is considered one of the most beautiful city landmarks in Europe. The city presents an unreplicable mixture of old and new, ancient and modern. Vienna is also extremely rich in beautiful architecture, stunning castles and churches, and historic monuments.

I was very lucky to get the chance to explore the Vienna City Hall closely and meet Ernst Woller – the first president of the Landtag. Getting to see some of the halls in the Rathaus, that are normally closed for visitors, was a surreal experience. And let me tell you – the building is gorgeous, not only on the outside, but also on the inside. An interesting fact is that the hallways of the City Hall are open for visitors for free. 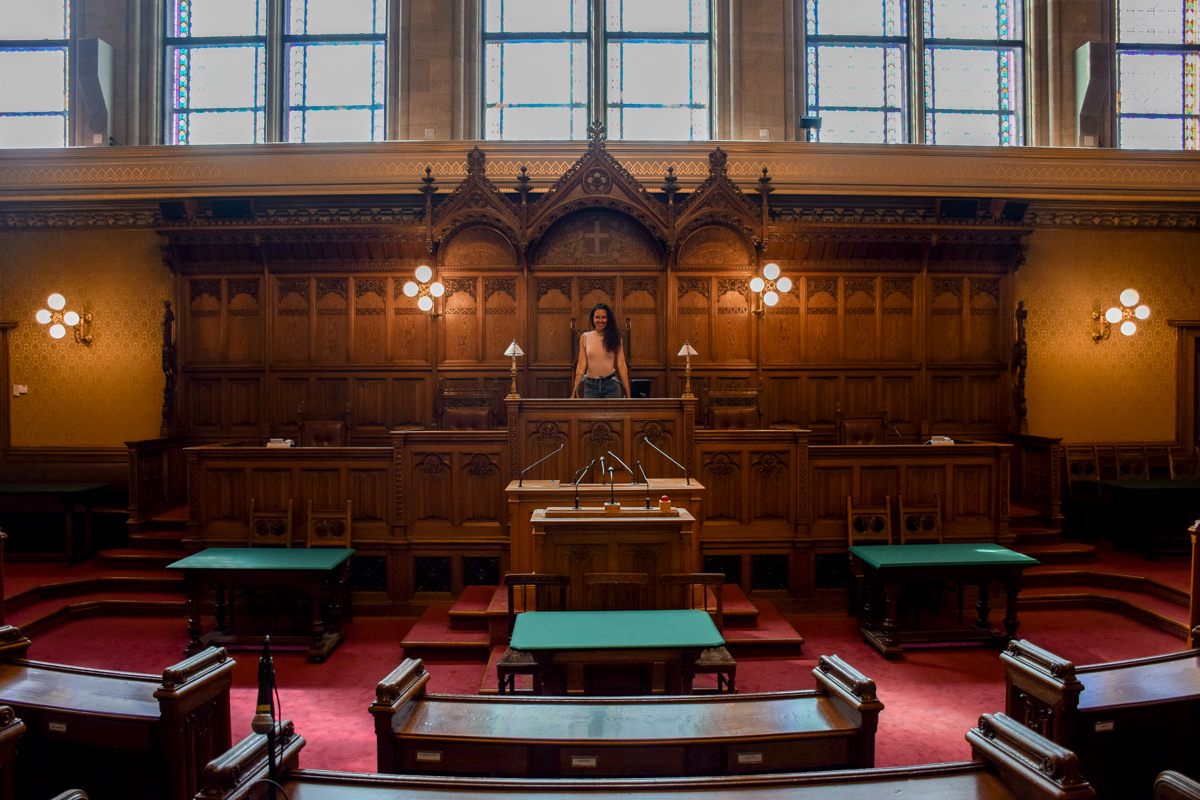 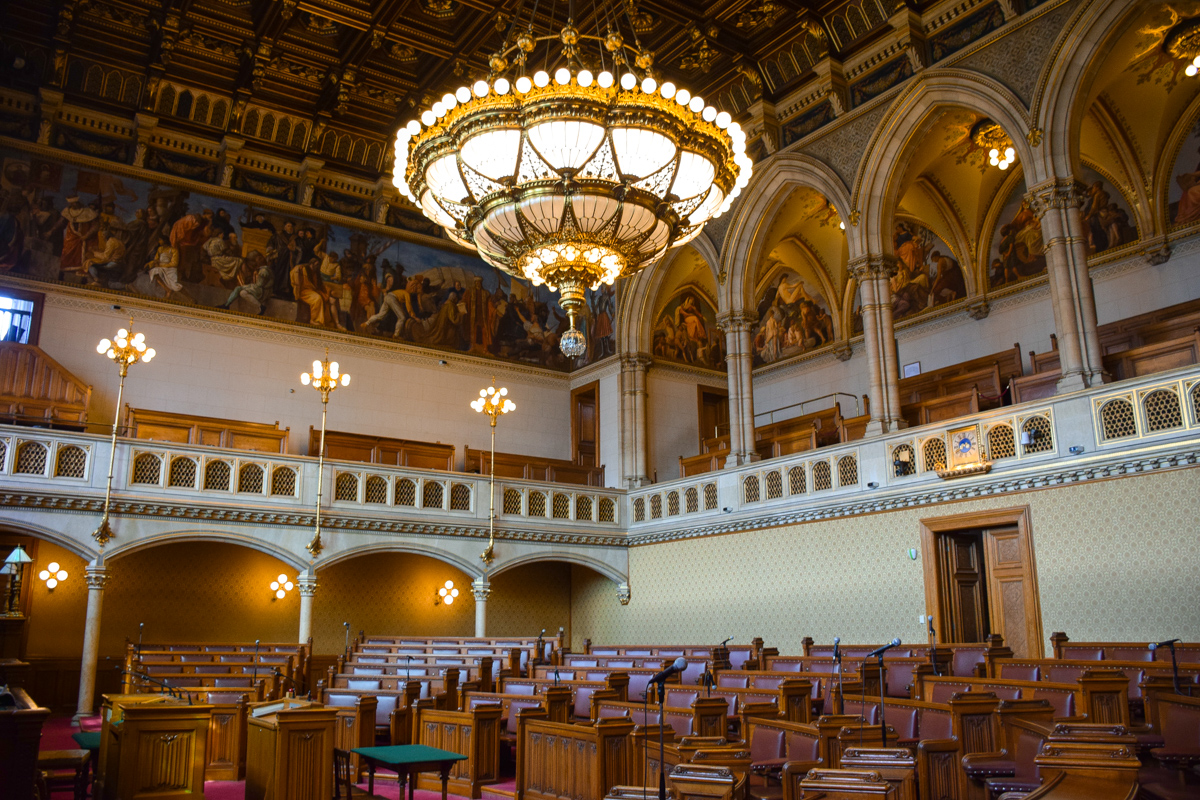 My warm welcome in the City Hall was a great beginning of my day and my trip as a whole. I then went on a walk around the historic centre and took some photos of my most favourite places around town.

One of the iconic places is the Maria-Theresien-Platz and the twin museums. The Natural History Museum and the Museum of Art History are situated across from each other, and the buildings are just one of the many examples of how stunning the architecture in Vienna is.

Right next to the museums, you will find Hofburg – the former principal imperial palace of the Habsburg dynasty rulers. Nowadays, it serves as the official residence and workplace of the President of Austria. The National Library is also situated in the same building. 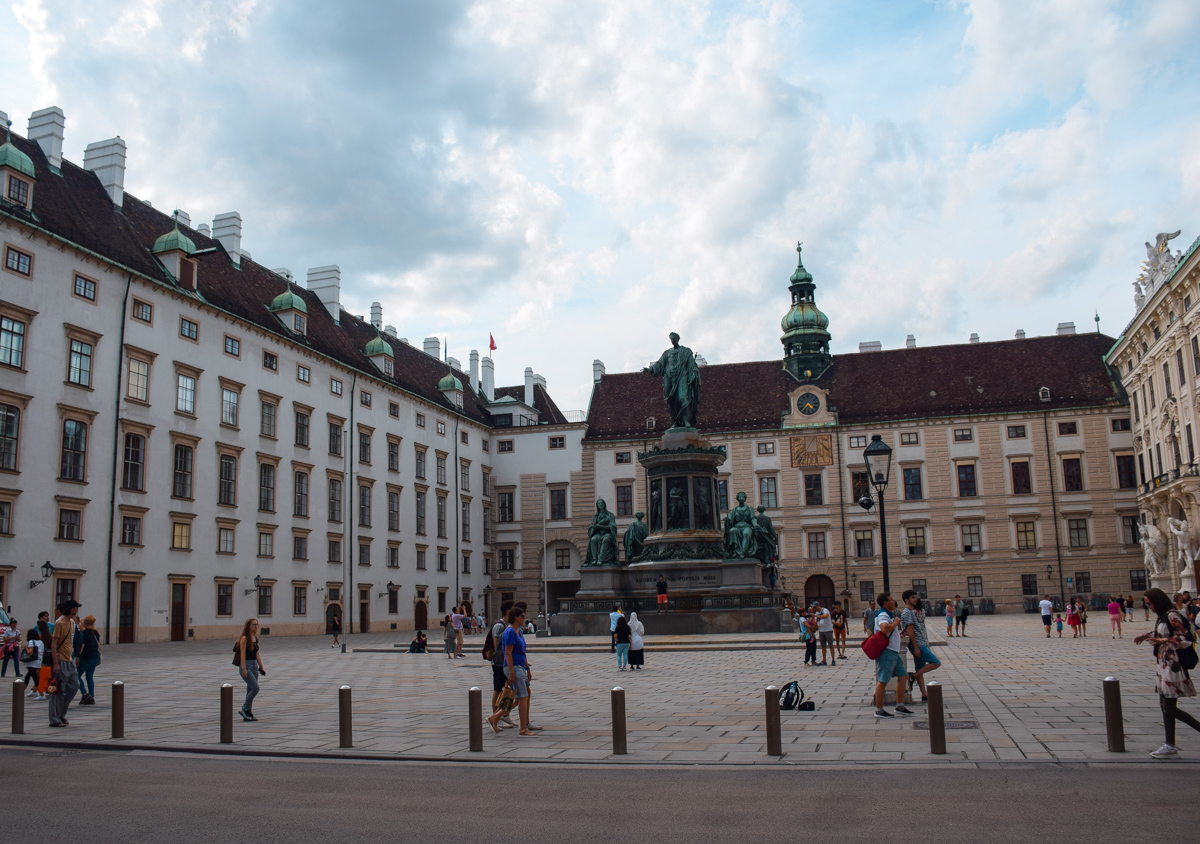 If you keep walking, you will find yourself at Michaelerplatz – the place with the many horses and carriages. Here you can see a display of excavated ruins of a Roman wall.

Continuing straight ahead of Michaelerplatz, in just a few minutes you will see the gorgeous Graben Street – a place where many locals and tourists love walking around, sitting down for a coffee and admiring the view.

At the end of Graben Street is located one of the most symbolic and impressive buildings in all of Vienna – St. Stephen’s cathedral (Stephansdom). The cathedral was built in Romanesque and Gothic style and impresses just as much on the outside, as well as on the inside.

Many people visit Vienna because it’s among the popular capital cities in Europe. But only few realise why is this place so special and important. On one hand, the urban and architectural qualities of the historical center of Vienna are testimonies of a constant change of values ​​during the 2nd millennium. Secondly, three main periods of European culture and political development – medieval, baroque and early days – are presented in an exceptional way by the urban and architectural heritage of the historical center of Vienna. And last but not least, Vienna has been recognized worldwide as the musical capital of Europe since the 16th century.