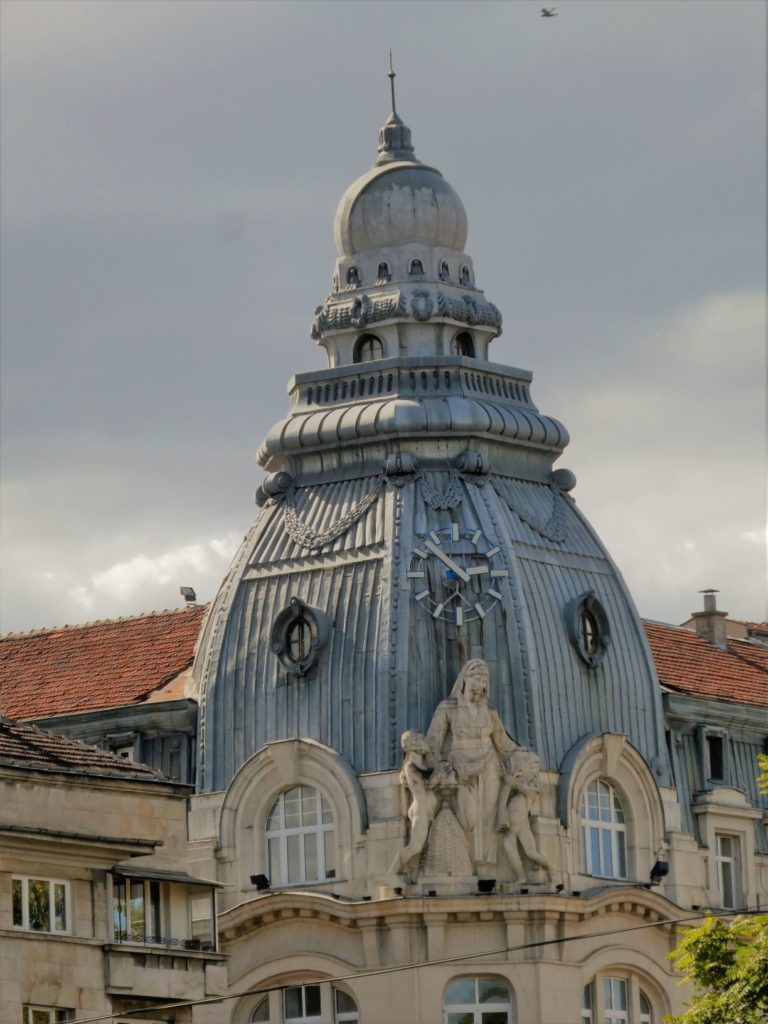 The last country to visit on our trip is Bulgaria that verges on the black sea. The capital Sofia is in the inland of Bulgaria and surrounded by mountains where you can ski in the winter and hike in the summer. Sofia is settled for millenniums and was known as ancient “Serdica” or “Sredez” in the middle age. You can see the traces right at the subway stop Serdica, where the cities heritage came to the surface while being under construction. By exiting the stop, you automatically pass by at this archeological discovery. Or, alternatively, the Church of St George (Ротонда „Свети Георги“ Rotonda “Sveti Georgi” in Bulgarian) can be seen as proof of ancient times: Built by the Romans in the 4th century with red stones in a round form, it reminds of old Serdica. Nowadays, it is integrated in the courtyard of a hotel and the presidency. Quite surprisingly and impressive: when coming around the corner and leaving the busy front of the presidency behind, we did not expect to see a relic of the ancient world in such a good condition in this peaceful setting of a backyard. 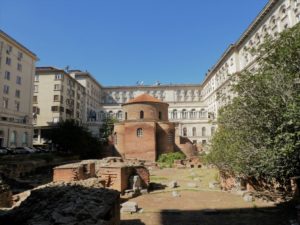 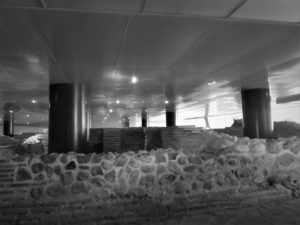 Located in the south-east or Europe Sofia is three times as close to Istanbul than to Vienna. (This made us realize that we covered quit a distance already!) This location makes the spot special and it is a true melting pot of religion and culture. Especially visible is that at the “tolerance square”: Two perspectives are not enough, one can even within the range of vision see a mosque, a synagogue and a church. And all three of them are not relicts but still in use, open for visitors and represent the peaceful together of religions in Sofia. Nowadays Sofia is the political, economic but also cultural capital of Bulgaria. 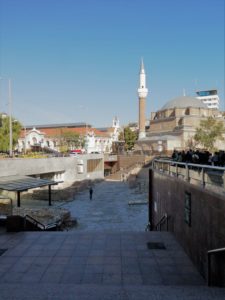 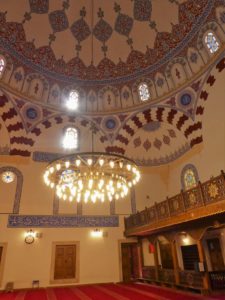 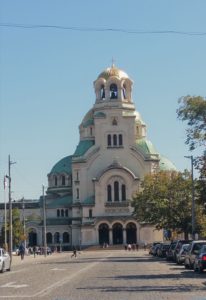 The repetitive motif of all Sofia postcards is the St. Alexander Nevsky Cathedral (Храм-паметник “Свети Александър Невски” in Bulgarian … for us Latin-character-used-Germans, this literally looks like hieroglyphs…). It is one of the largest eastern orthodox churches and can hold 10.000 people inside, which is an incredible amount of people for our concept of churches and chapels that we are used to. 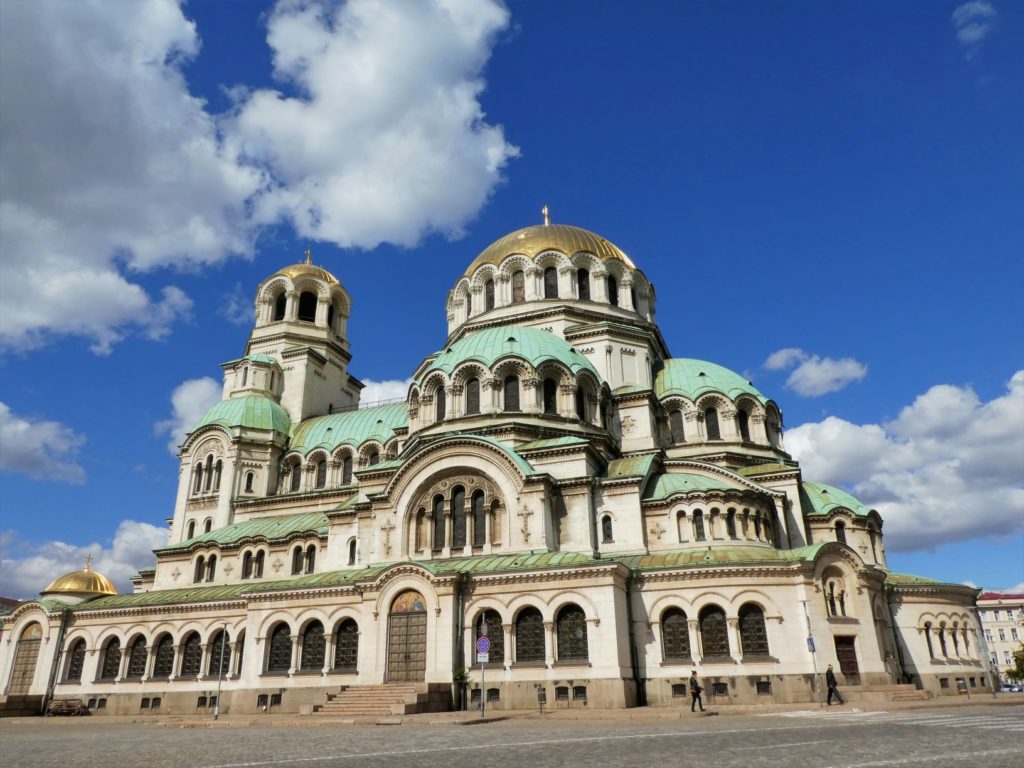 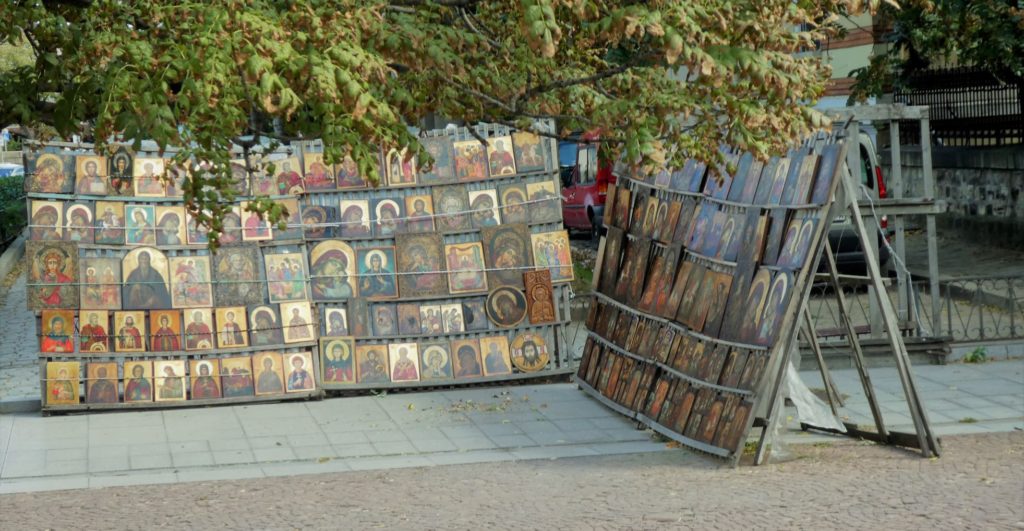 The Russian church Sweti Nikolaj was built as the official church of the Russian embassy right next to it. We perceived the orthodox church as a impressive building, rich in detail and gold and decorated with wonderful wall paints and details. 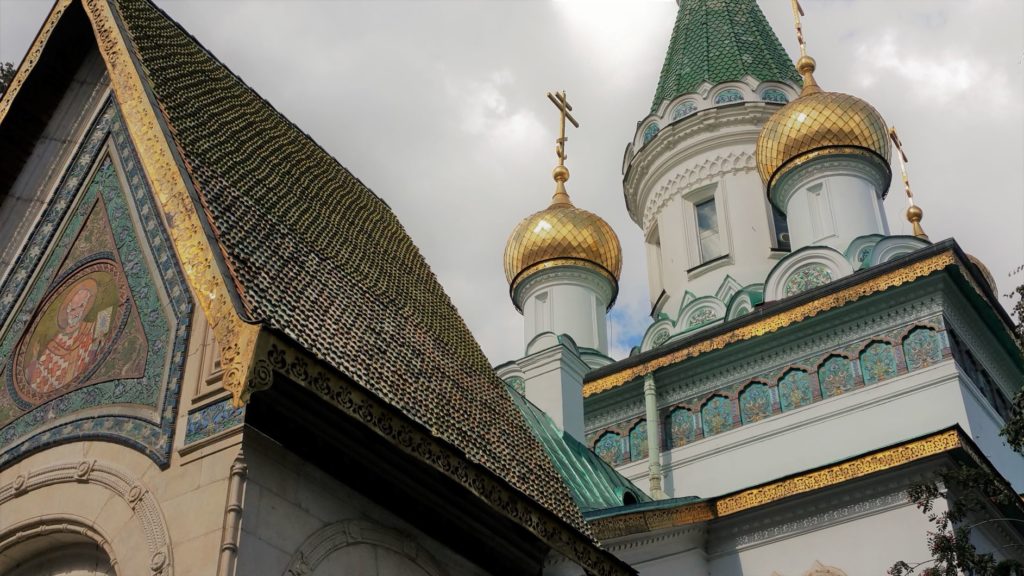 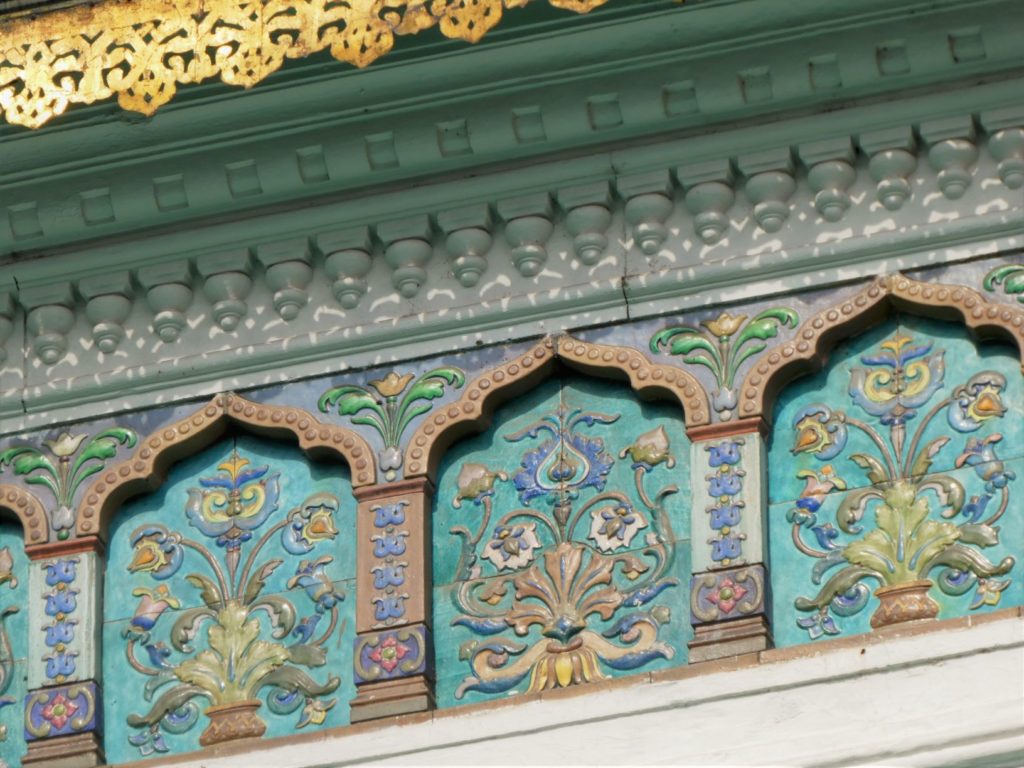 Sofia one more times showes a uniqueness: right in the center of Sofia, gushing springs of hot mineral water were the initial reason for settlement thousands of years ago. Sofia´s residents, especially retireers and senior citizens, come here and fill up their canisters with free drinking water: the water is hot, unlimited, tasteless and -people say- has healing properties. 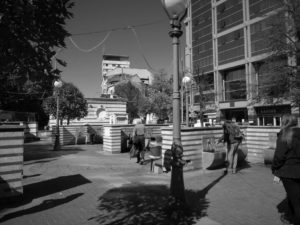 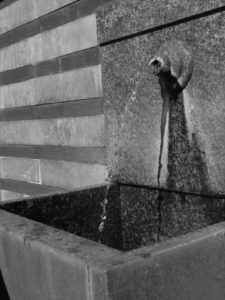 Besides the developing side of Bulgaria and Sofia, it was reported in our interviews that a lot of potential on the part of individuals as well as on the side of the country is wasted due to corruption. Interestingly all of our interview partners agreed that it got even worse since Bulgaria joined the European Union and small elite distributes money and resources within their own circles. Talking to people with so much positive energy and visions trying to establish their own businesses we could feel their powerlessness when reporting about the invisible walls corruption pulls up.

Here are some more of our visual perceptions of Sofia, while so many impressions are more like hunches, slowly getting a feel for the region. 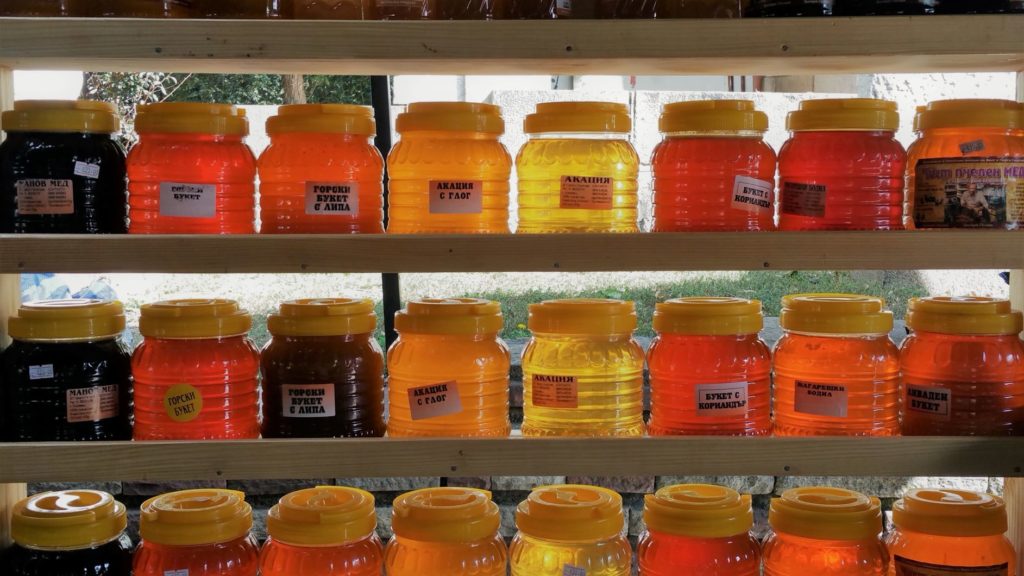 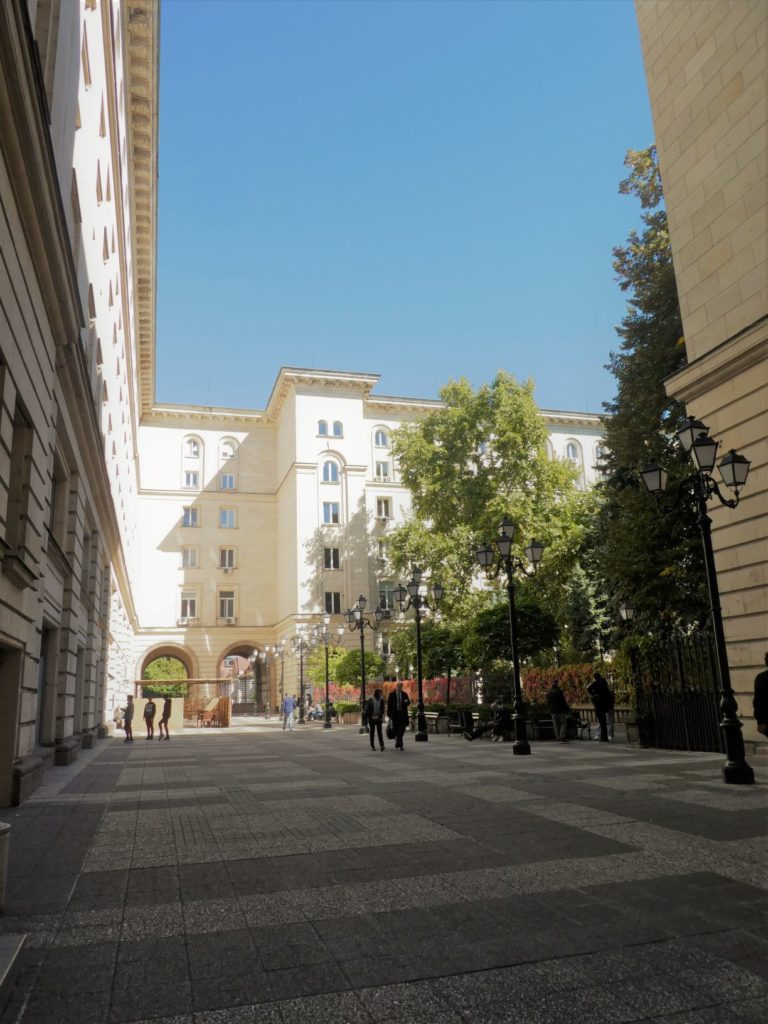 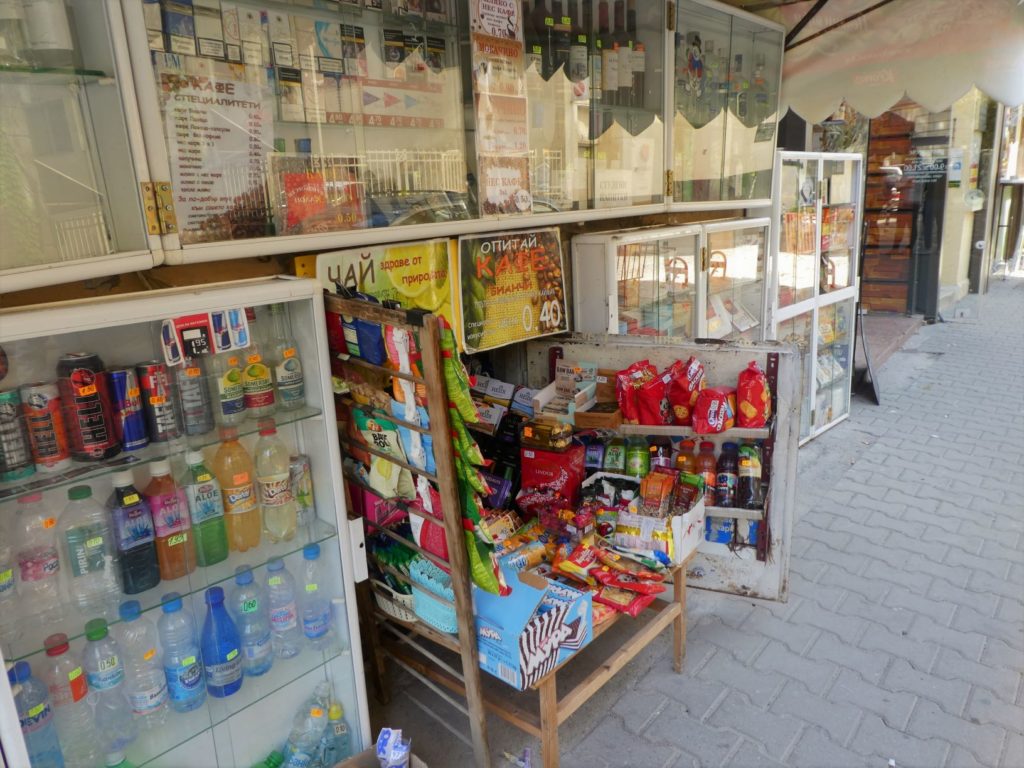