Coming from summer-hot Barcelona, I felt like the plane I boarded traveled through time and space, only to spit me out in grey, cold and rainy Sweden.

Nearly ashamed to admit, before planning this trip I had no clue where the island of Gotland was (or even that it actually was, for that matter), let alone Visby, but the more intrigued I was to visit. 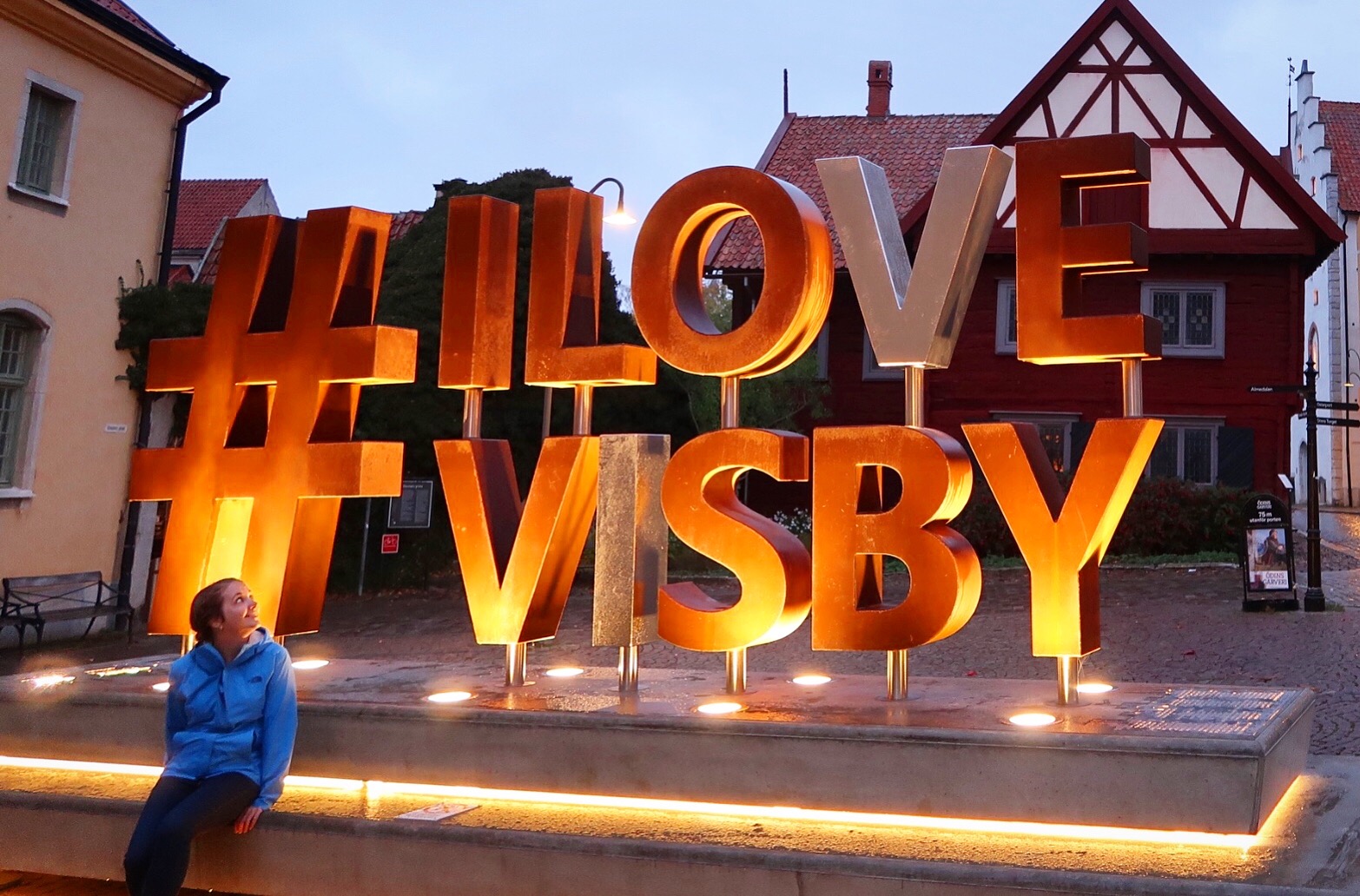 Taking a bus from the airport to downtown Stockholm, from Stockholm to Nynäshamn and then taking a ferry from Nynäshamn to Visby, I got off the boat many hours later, right into the most fairytale-like fall season.

Just steps away from the pier is Visby, a Hanseatic town occupied by over 24,000 residents — with approximately 3,000 living within the enclosure of the Visby City Wall, a medieval wall protecting the heart of the town ever since the 12th century.

I planned to right away meet with Elene, Visby’s World Heritage Site Manager, so I ran up a little hill waiting for me right at the foot of the town to check into my hostel and then ran right back down to Elene’s office, located inside the town’s tourism office right in the middle of the town.

Elene told me everything about the history of Visby, answered my endless questions and got me excited to start exploring the town.

“Visby developed as a trading post and town,” Elene said. “It was initiated by the Vikings, originally a Viking settlement. During the 12th and 13th century, Visby grew as international metropolis because there were a lot of merchants from Germany and Russia and other countries that were part of the Hansa Federation, which connected many, especially German towns. iIt was almost like a medieval EU. There are all these old merchant houses from the 12th hundreds right outside this office, which were built as warehouses for trade.”

I was also interested to know why and when the wall was built.

As Elene and I talked about the town, we were joined by Monica, Visby’s tourism specialist and strategist.

As part of the OWHC, towns have to prove the ongoing Outstanding Universal Value and come with a plan to maintain the world heritage for future generations.

Monica and Elene work together on sustainability and integrity of tourism and heritage. Their plan involves cleaning water and water supply to address the increased amount of incoming and outgoing cruise ships, or for example electrification of transportation.

Besides tourism, I was also interested in the immigration status of residents of the island.

Many residents living on the island nowadays are of German descendant with German last names. Gotland was temporarily taken over by the Danes in 1361 and was reunited with Sweden in 1645. The time of separation had left Danish marks in the structure of the town, although Elene admitted the Danes destroyed many churches and settlements as they were leaving.

“Very important for the city are the students at Uppsala University, which is the biggest university in Sweden, and there is a lot of international students coming here,” Monica said. “They only stay for a while because it is difficult to find a place to live here. If you get that motion of people coming and going, you get this international flair which is very important to Gotland. Otherwise it would be very easy to fall into this bubble.”

I took a walk around the town’s center with the ladies who told me about all the places I should not miss during my stay. The unknown Visby town has very quickly become unforgettable.