New York was impressive. All those impressions had to be processed first. That’s why it took me while to publish this post…. 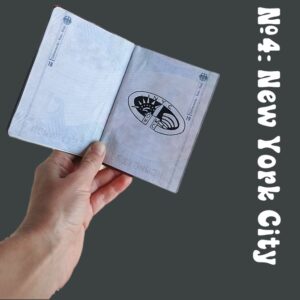 NYC. Big apple. The city that never sleeps. This city has many names and stereotypes. I think everyone associates New York City or even the USA with the Statue of Liberty, but probably not everyone knows that it is part of UNESCO. So here’s a little explanation: The US Declaration of Independence was signed in Philly but honored 100 years later with the Statue of Liberty in NYC. As a symbol of the migration of people from many countries into the US in the 19th & 20th century, the statue represents different values such as liberty, human rights or the abolition of slavery. On a trip with the Staten Island ferry you can admire the landmark and even look at the whole skyline from the water. 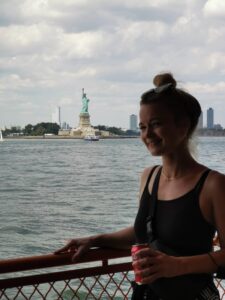 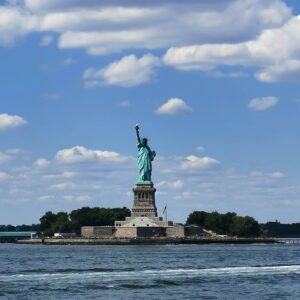 The second UNESCO sight is the Solomon R. Guggenheim Museum and its impressing view of the rotunda and skylight from the ground floor. As it is part of the 20th century Architecture of Frank Lloyd Wright, the museum in New York has been inscribed on the UNESCO World Heritage List besides eight other major works. During my visit, I was not only able to view the overworldly building, but also an exhibition of Vasily Kandinsky and other exciting artists. 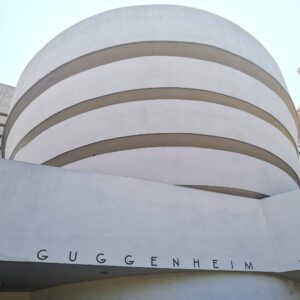 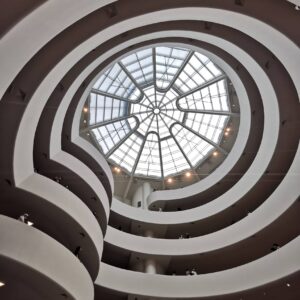 The city that never sleeps is extremely exciting but can also become tiring. That’s why I looked for some green spots: Compared to Bamberg, one cannot speak of a garden culture here. Many European parks, such as those in London or Paris, served as models for the Central Park. The Highline Park was created by converting an elevated railway line and enhances the district through urban greening. Both examples were constructed artificially but serve people as recreation in the big urban jungle. I have found some other green spots like Little Island, Bryant Park or Hudson River Park but I never escaped the crowds. I guess, that’s what living in a city of 8 million people must be like… 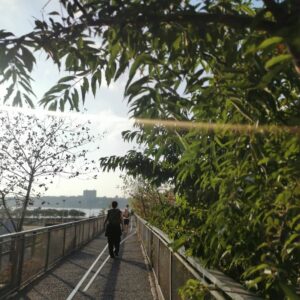 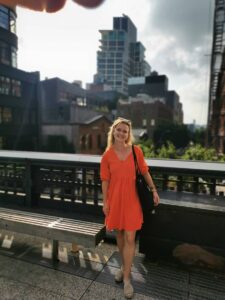 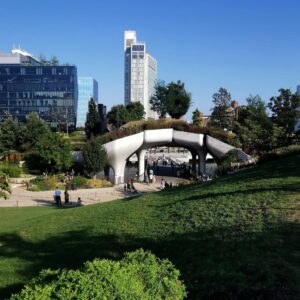 Many people. Many possibilities. There are so many things to discover in New York. I can’t even list everything I’ve experienced here. It’s best if I give a few examples: I figured out it is definitley worth visiting a broadway musical – we went to Moulin Rouge and even if I am not really into musicals, I enjoyed it a lot! You know the Brooklyn Bridge from various Instagram pictures and it is indeed very impressive in live. There are so many tall buildings and view points to look at the skyline. I ended up choosing Rockafeller Center. No matter if you stand in front of the huge buildings or look down on them: It is breathtaking. You simply have to see this city. It has always been a dream for me to visit the city that never sleeps. 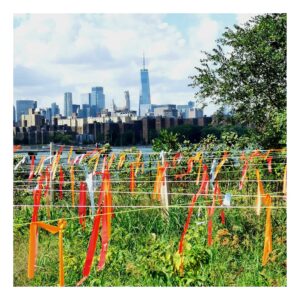 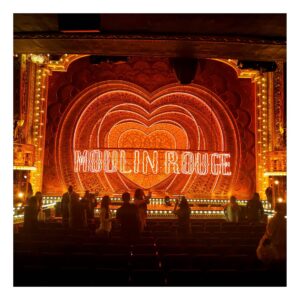 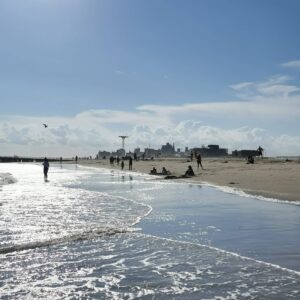 Thanks to OWHC for making dreams come true! 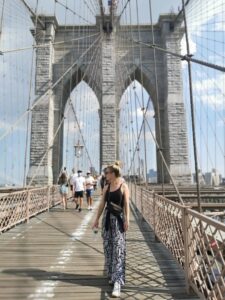