“The only authentically preserved large medieval city in Germany”

We started our journey in Regensburg, a city in Germany known as “The only authentically preserved large medieval city in the country”. It is also where the Northwest Europe and North America Regional Secretariat of the OWHC is hosted. This meant that we got an unforgettable private tour of the city from a World Heritage Coordinator, Monika Göttler, which was especially focused on the city’s world heritage. And it was in German. But luckily for us, she spoke Hochdeutsch or High German and not the incomprehensible dialect, or more accurately, the foreign language called Bavarian that they speak there. 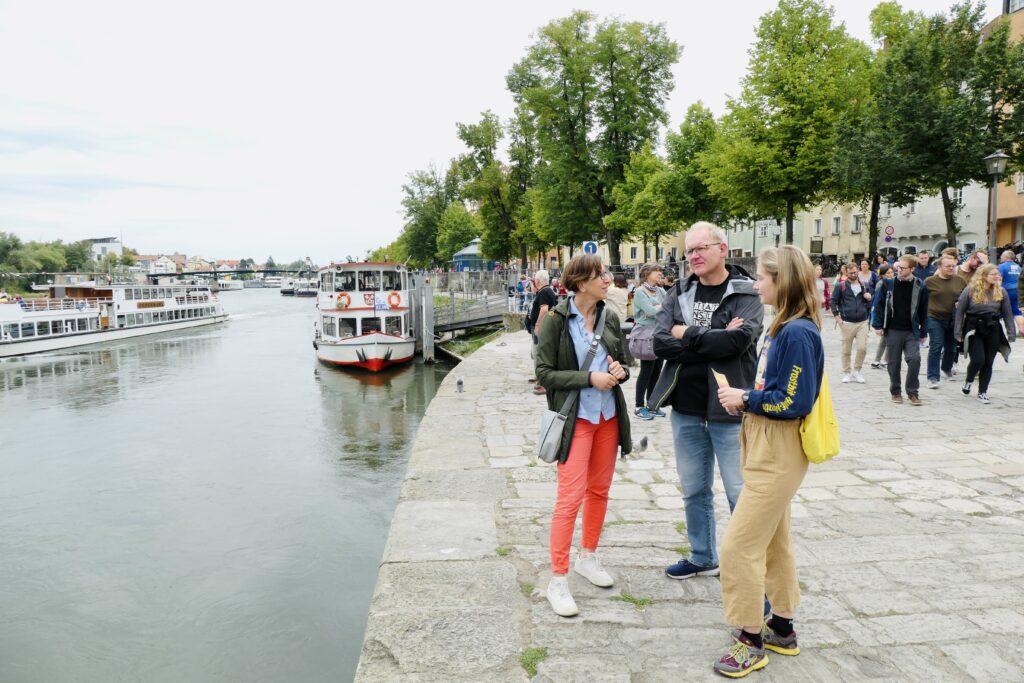 The reason the tour was done in German was that we actually had another “tour guide” accompanying us during our time in Germany, a family friend of Amadej’s, Richard. So we had a local Bavarian driving us around the sights from his point of view, which was an exceptional opportunity since one of our main goals, as seen in our travel motto, is to experience world heritage through the eyes of the locals. We were also lucky enough to stay at Richard’s family home in Forstinning, which is truly the best way to get a unique insight into local life. 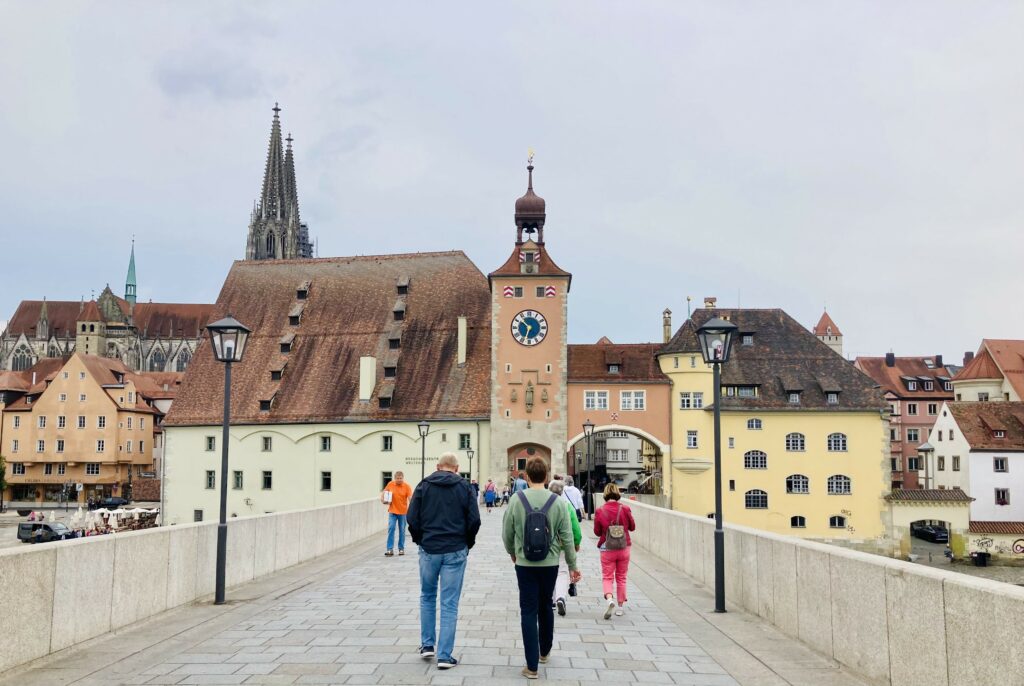 Having Richard as our companion on the journey through the German heritage meant that our first stop in Regensburg was a legendary sausage joint, a local favourite without which you cannot start a visit to the city. Located right at the start of the old town we enjoyed charcoal-grilled sausages served on the most delicious sweet and sour Sauerkraut accompanied by amazing views of the historical bridge and the Danube river. 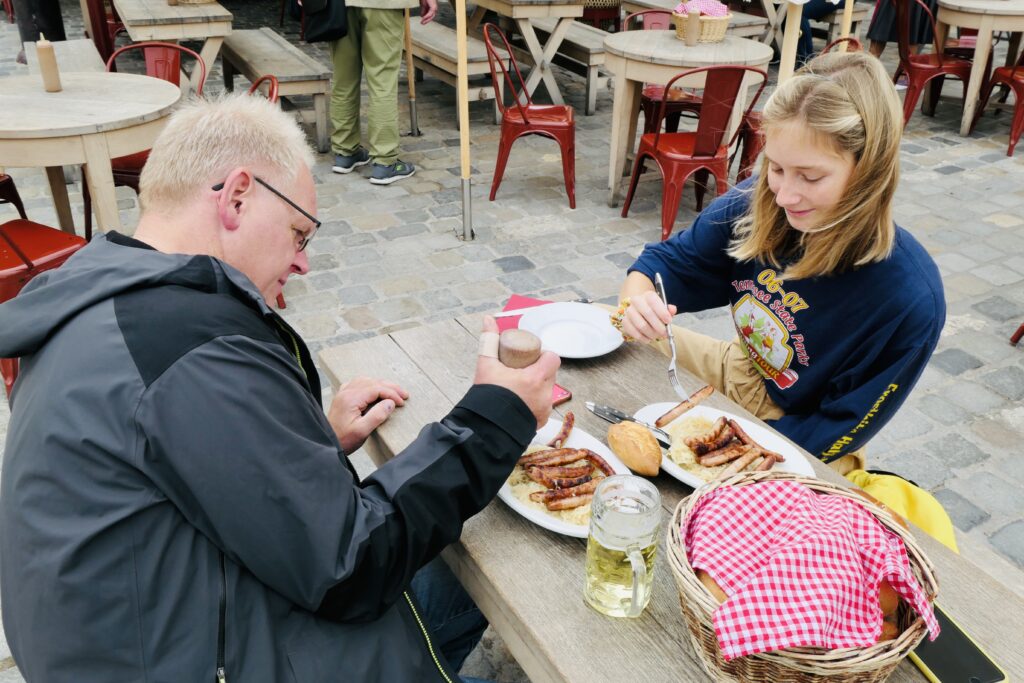 Joined by Monika, the OWHC coordinator, we made our way through the old city of Regensburg. The rich and diverse architecture immediately demonstrates that the city was once an affluent medieval trading centre. It connected important trading routes, from east to west, and facilitated the transfer of goods, information and knowledge. Some of the buildings are reminiscent of prominent Italian trading centres, and like those places, the wealthy merchants wanted to demonstrate the significance of the city by building the tallest buildings, even though the upper floors were purely ornamental and empty. 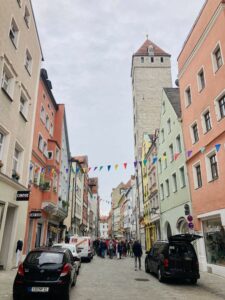 We also got to closely examine the city’s cathedral, an important gothic piece of architecture, with breathtaking frescoes which survived both world wars as they were somehow removed and protected from the bombing. There is also a restoration team that is always taking care that the building is kept in great shape. 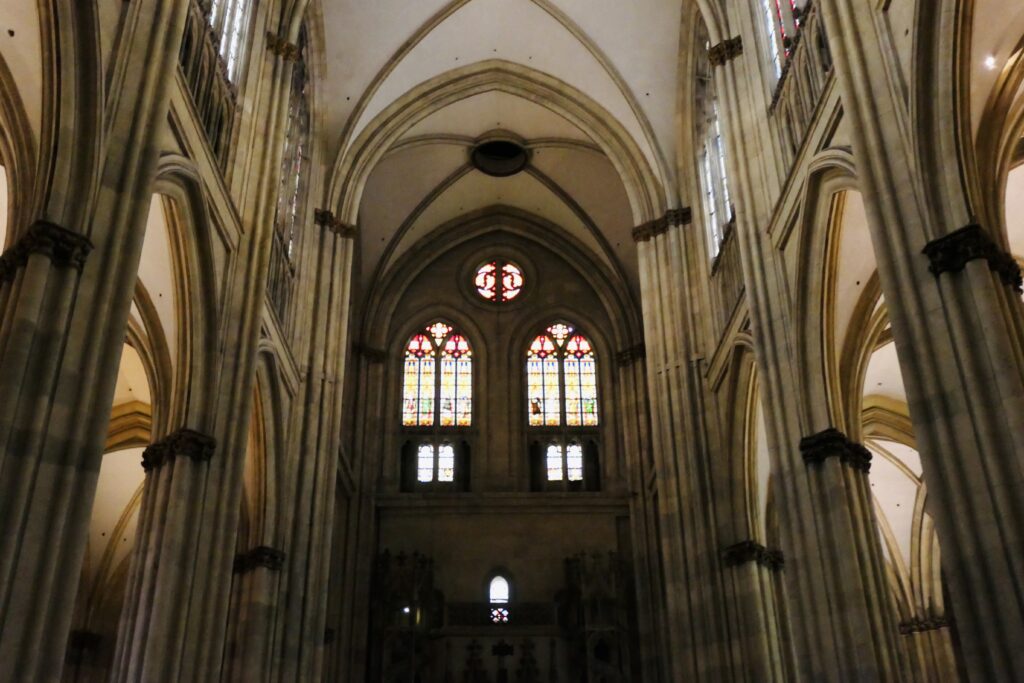 Regensburg was not, however, only an important trading centre but also had an influential political role as a meeting place for Imperial Assemblies as well as the Perpetual Imperial Diet from 1663 to 1806. The Imperial Chamber, where the Imperial Diet met and discussed matters in the Holy Roman Empire, is located in the impressive Old Town Hall. 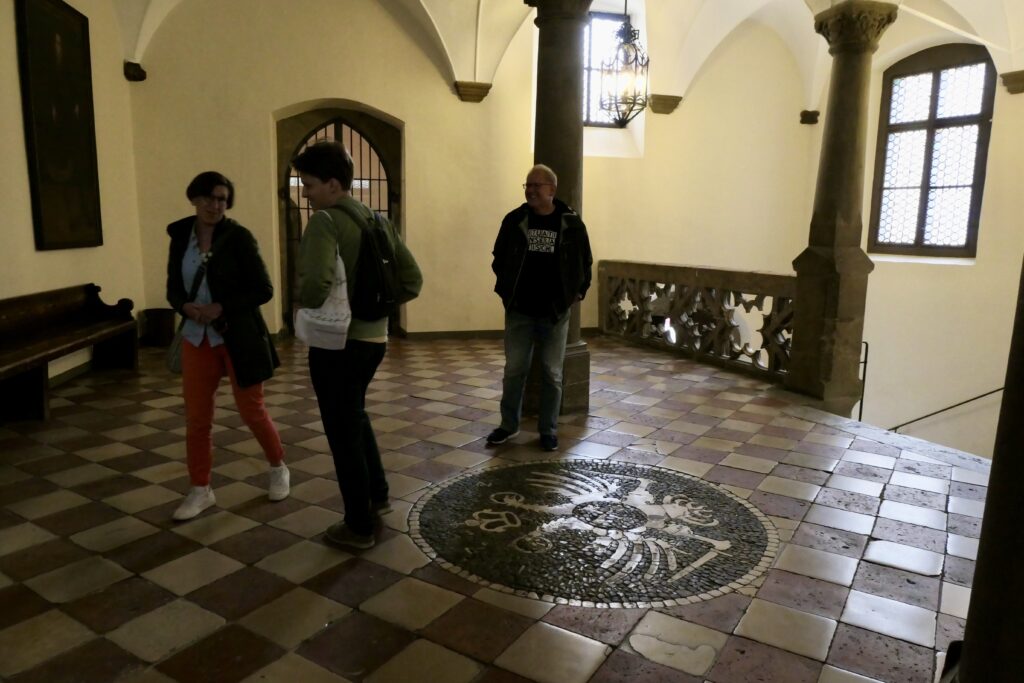 The biggest shock of the day was definitely hearing and then seeing that Monika’s and other OWHC offices are also located in the same building, right across the hall from the chamber. 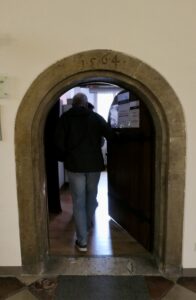 Seeing how seriously world heritage is taken in Regensburg, how passionate the OWHC employees are about it and how they literally live and work in harmony with the city’s heritage made us look forward to other OWHC cities even more! 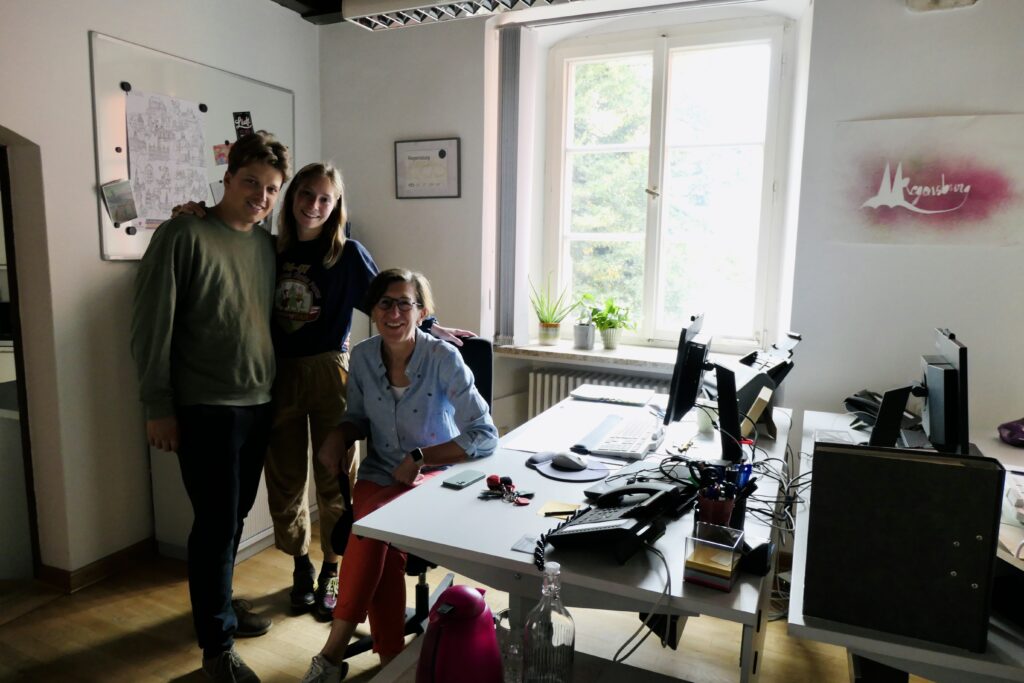