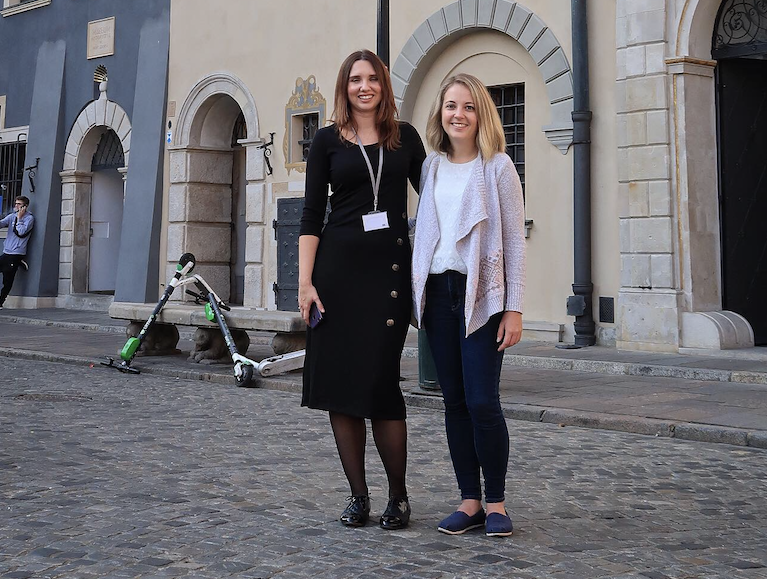 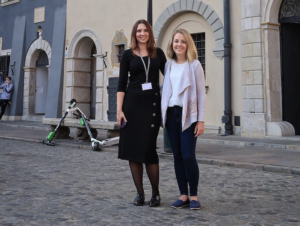 During my stay in Warsaw, I met up with Joanna from the Heritage Interpretation Centre, located right outside the Old Town Market Place.

When it comes to UNESCO, the whole old city of Warsaw, originally enclosed by medieval walls, is on the list. You can spot remnants of the original walls right at the entrance of the Heritage Interpretation Centre, underneath a glass floor.

“Walls survived until now because people started to build houses on the walls to save money, using it as a back of the building,” Joanna told me.

The Old Town was nearly completely destroyed by the Nazis during WWII. They turned the castle into rubble first because it was the symbol of Polish kings. The pink Royal Castle I have been admiring ever since arriving to the city was actually finished in 1984, Joanna told me. It is not a new construction though.

“The castle was destroyed to the ground, there was only an empty square. People saved the rubbles and did so at night and took whatever they could and hid it. It is one of the reasons the castle was rebuilt after the war,” Joanna explained as we walked through the museum.

Admittedly, the world did not believe it to be possible at first, to bring a city back from its ashes.

“Nobody has done it before, nobody rebuilt a whole city,” Joanna said.

Warsaw’s main architect, Jan Zachwatowicz, together with 1,300 others who came to help, used many original bricks and pieces and original styles to rebuild Warsaw.

Zachwatowicz then came up with a sign for World Heritage Cities in case there would be another war. The sign, approved at the UNESCO conference in 1954, was put on important buildings to recognize most precious structures, later adopted as an official UNESCO sign.

Not to give everything away—I more than recommend visiting the Heritage Interpretation Centre in person. Many elements of the original city can also be seen at the Warsaw Museum, which spreads across all the inner-connected buildings captured in the picture below,  dominating one of the sides of the Old Town Square.

Joanna walked me through both the center and Warsaw’s past, giving me a whole new appreciation for the city and the dedication of the Polish people to rebuilding Warsaw as a symbol of Poland, making it their main concern after the war.

For my insatiable interest in the Holocaust and the insanities happening all over Europe at that time—especially in Poland and in Warsaw—I am happy I chose to visit and grateful to Joanna for helping me piece together the history of a city that literally rose up from the rubble.