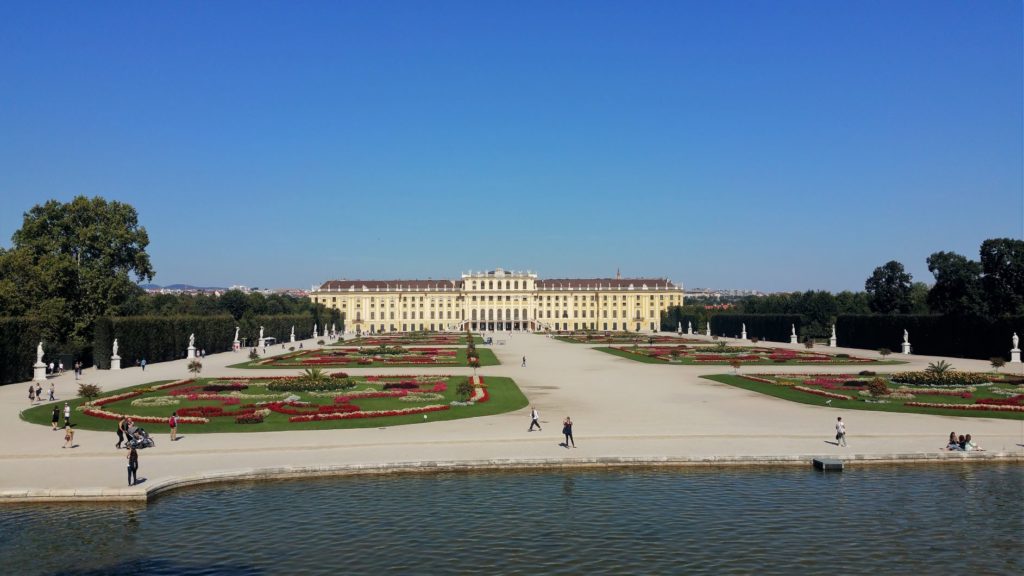 The city of Vienna is located in eastern Austria, or how proud Viennese say: right in the heart of Europe. In contrast to other heritage sites, the whole city´s inner district belongs since 2001 to UNESCO world heritage, the palace of Schönbrunn even since 1996.

Vienna’s historic center amazes with a sheer endless amount of remarkable huge buildings, that in totality give a glimpse of the past and lead to an imperial atmosphere in the city. The inner district is mainly shaped by three epochs: medieval times, baroque and the late 19th century. Buildings are richly decorated and full of stucco and sculptures. Even a vast majority of the buildings are historic, modern architecture clashes every here and there. This becomes especially obvious when looking at the gothic Stephansdom built in the 19th century and the revers view in the back at the same time. 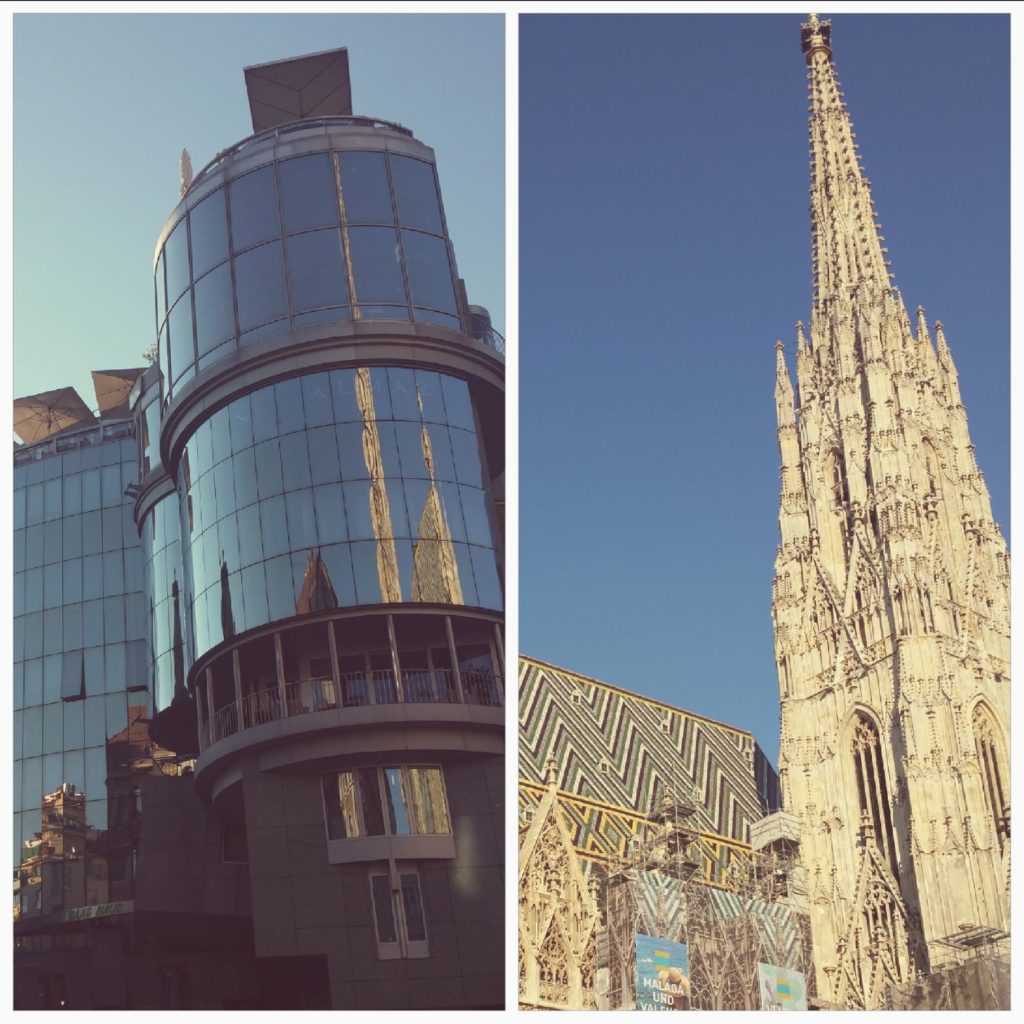 As a first stop, we passed by at the OWHC-responsible office and got a warm welcome without hesitation. Armed with positive energy, caffeine-boost and Manner-cookies we were ready to discover the city in the next < 48 hours. 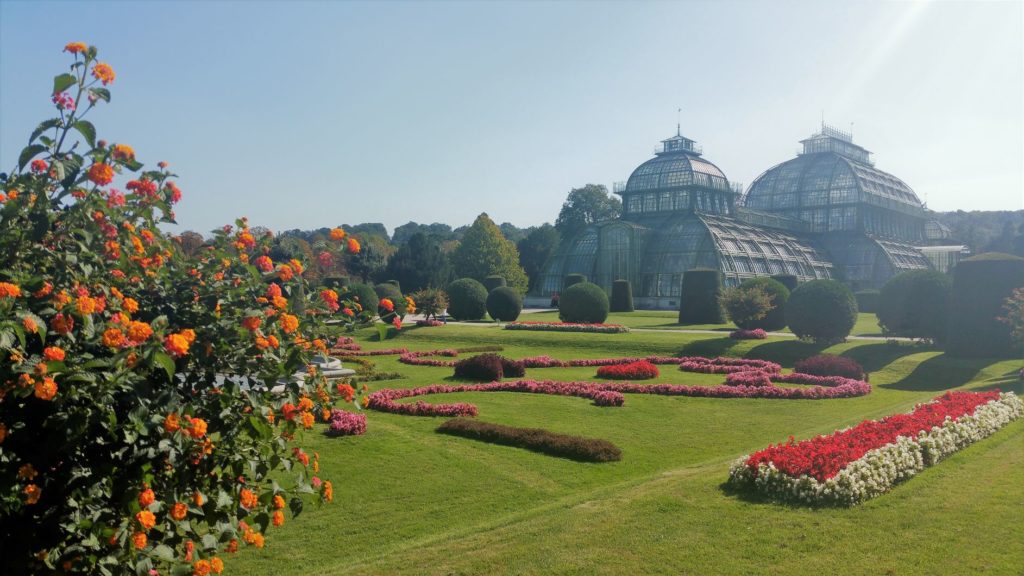 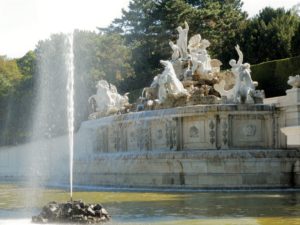 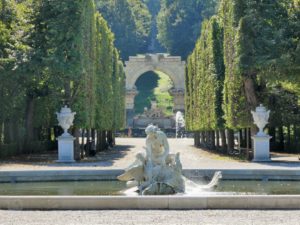 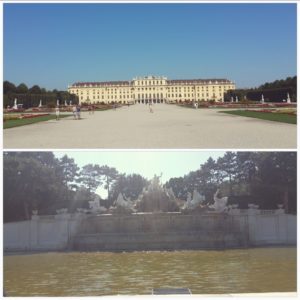 Visiting the palace of Schönbrunn we one more time realized the opulence and generosity of the 18th century when it comes to architecture. The park with its sophisticated visual axis, impressive dimensions, fountains, greening and historic, giant glasshouses is hard to compare. The palace was built in the 18th century and became popular because of its legendary resident Sissi.
Today it is a visitors magnet, attracting more than 3,5 million tourists from all over the world per year. Standing back to back, we saw both, the castle and the famous Neptun fountain.

Once being in Vienna, we took the unique chance to visit one of the four United Nations headquarters and got an interesting insight into UNESCO´s mother organization. Walking through UNO-city and its buildings and seeing stuff from almost all 193 member states in the floors visualized the idea of highest level global intergovernmental cooperation quit well to us. The UN overarching goals put a contra point and 2nd perspective to current tendencies of stressing national interests. 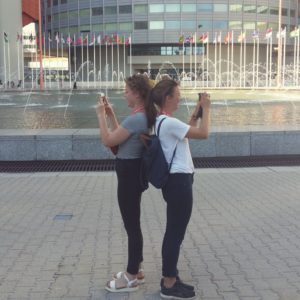 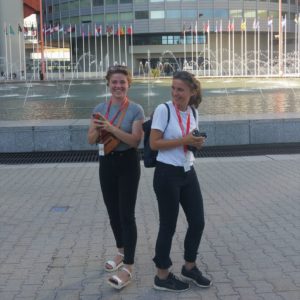 This is how we tried to make use of traveling as two in the next days: with two perspectives, back to back. As reality is always kind of a social construct – in the best sense of the word we need to construct our perceived reality in a discourse between the two of us and see, how our perspectives and perceptions correspond or diverge. All the photos with two parts show exactly the view from one standpoint in two directions in a 180° degree. 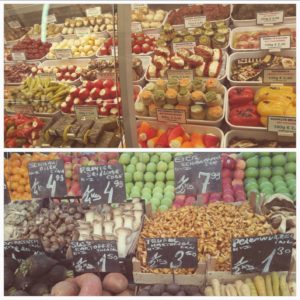 Viennas Naschmarkt is a paradise for food lovers. Traditional Austrian cuisine and regional products meet international kitchen and spices – a delicious experience. For us, it was hard to keep a balance between “want to try everything” and “can´t buy everything” – especially because every two meters skilled vendors try to catch your attention. The origins of the market go back to the 18th century – meanwhile offers changed. Today, Austrian mushrooms are right on the opposite side of oriental starters.

Our overall impression of Vienna is backed up with the inhabitant´s characterization of the city, describing Vienna as following: full of contrasts, beautiful, with flair, tradition and history and liveable. It turns out that the wishes for Vienna we were told could have been found in other metropolitan areas too: affordable rents, less traffic, and noise, more bike lane, valuation and preservation of historic core, sustaining the unique atmosphere. 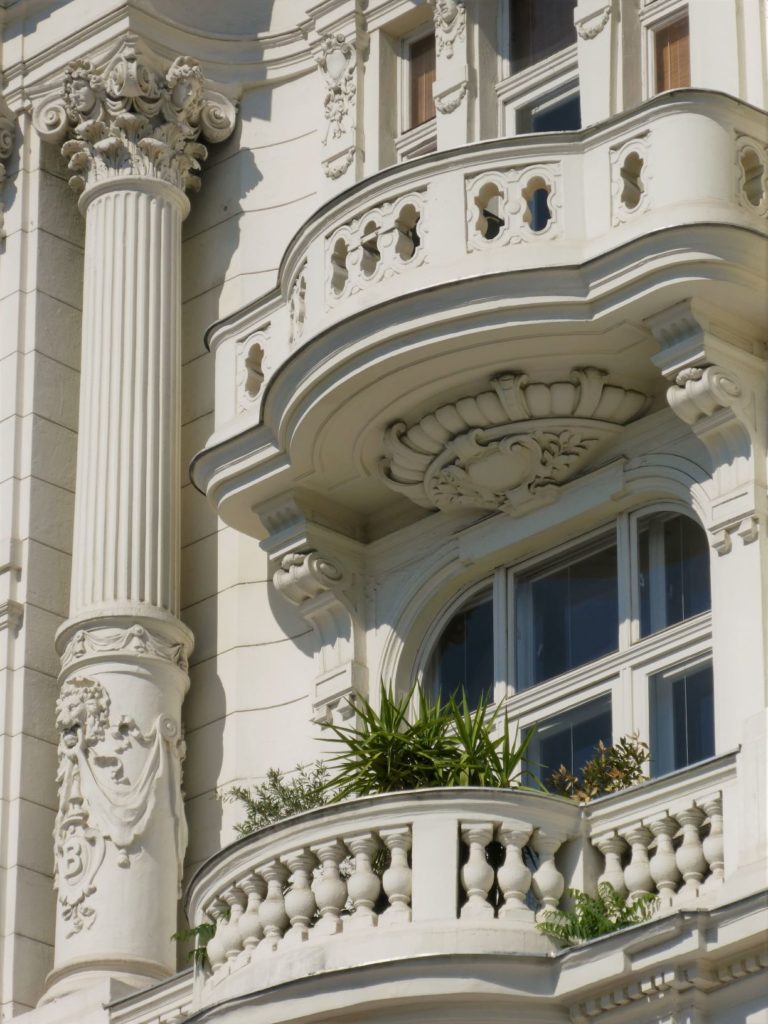 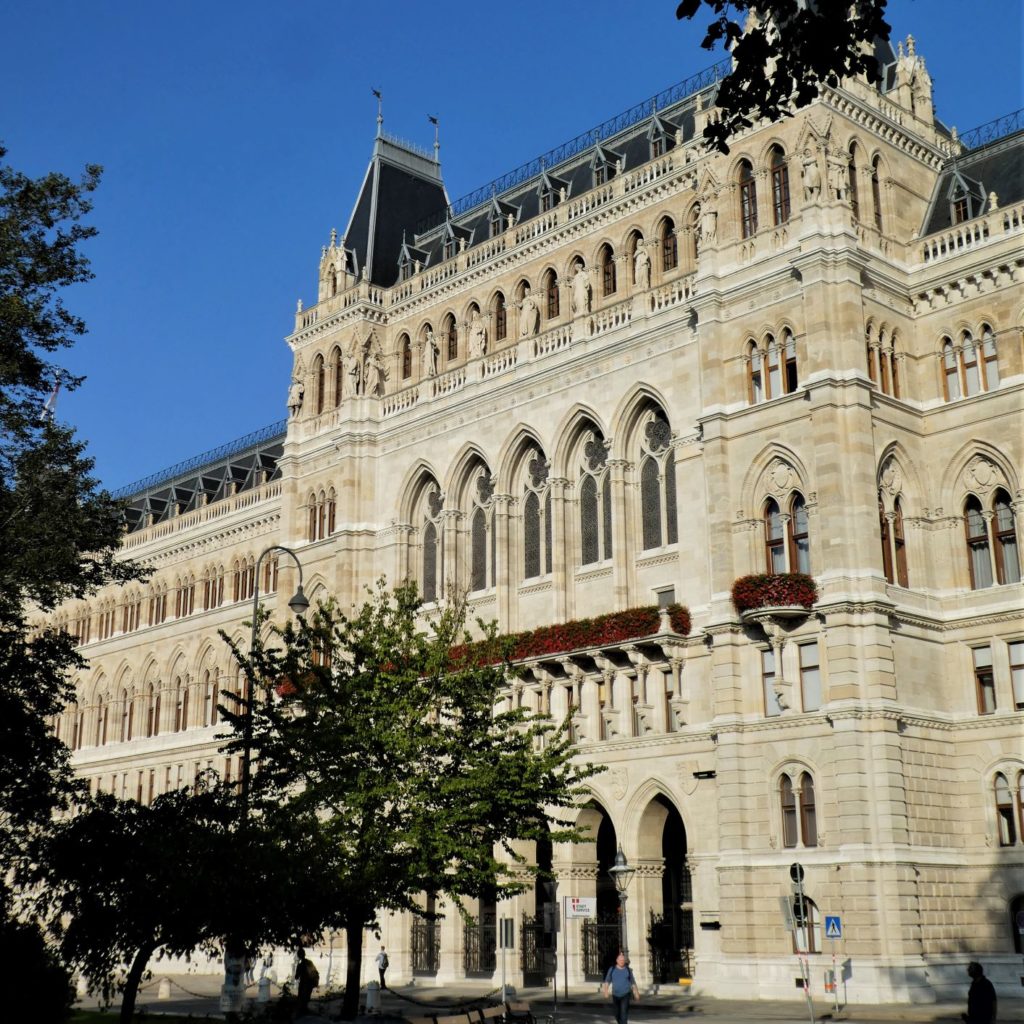 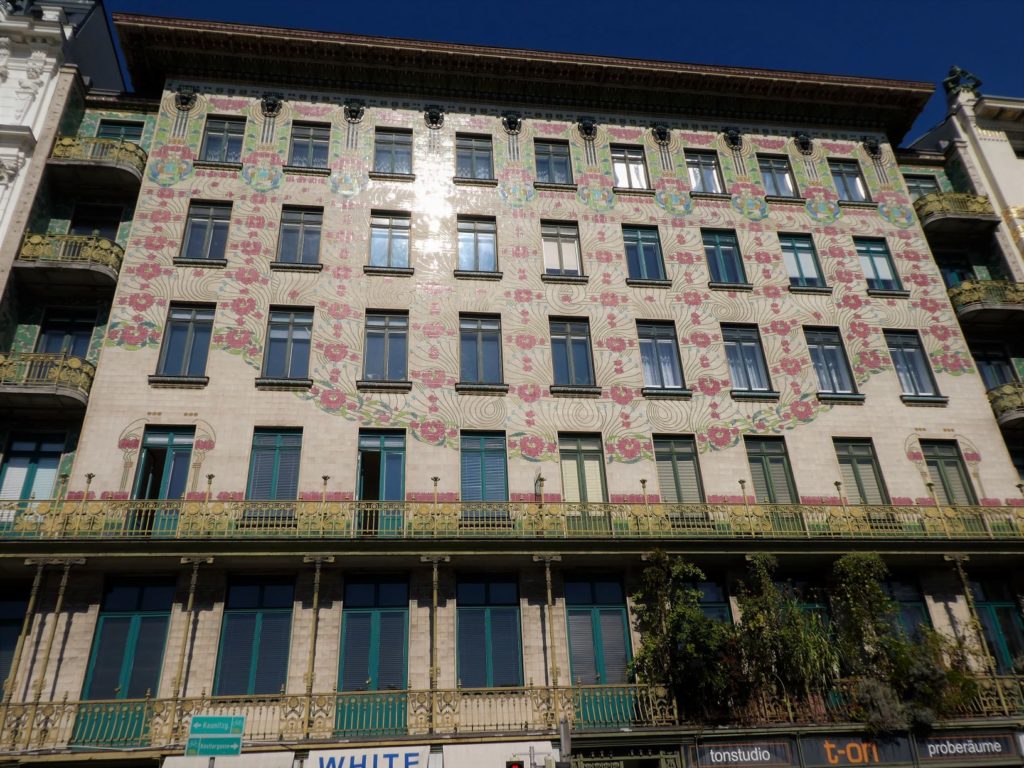