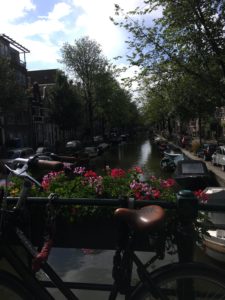 Amsterdam, capital of Netherlands, is one of the most iconic canal cities in the world. It is a city with rich history and was once one of the main economic trade points in seventeenth century Europe. As a leading economic force it was only natural that Amsterdam also became a hub for cultural development, especially during the era we now refer to as the Dutch Golden Age, which led to advancements in painting, architecture and technology. Perhaps particularly impressive was the advancements made within the field of hydraulic engineering, which the city is very much a testament of today. In modern times, the city has become a hot spot for tourism. It is unique in its libertarian views on recreational substances and continues to produce products like cheese and beer that is widely enjoyed across the globe. 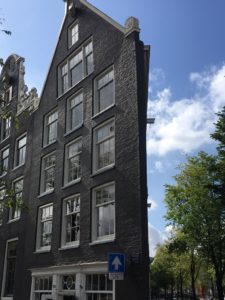 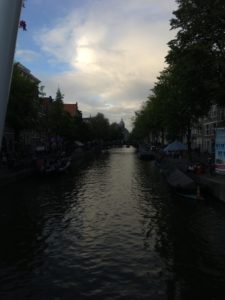 While visiting Amsterdam, we were quickly drawn toward the idiosyncratic architectural style and city planning, which due to now outdated utilitarian features, seemed almost lost in time. A good example is how almost every building still furnish hooks and pulleys to raise and lower cargo, despite there being virtually no need for such accessibility any longer. Though practically redundant these appendixes now pose a symbolic value and aptly reflect the city’s history as a naval-based center of commerce. Despite  Amsterdam’s unique infrastructure clearly being designed to minister a different function, than the one its currently serving, it is still fascinating to see how the city council has benefited from this unique layout as well as the locals tailored lifestyles, favouring bikes over cars.

After two fully packed days in Amsterdam, we still felt as if we had barely scratched the surface of what the city had to offer. As we walked we sometimes abstained from conferring with the map, because there was simply no point in prioritising certain parts of the town over others. It is a city one could keep exploring ad infintum. 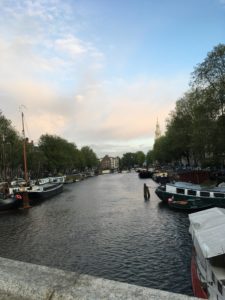 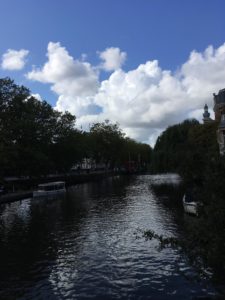