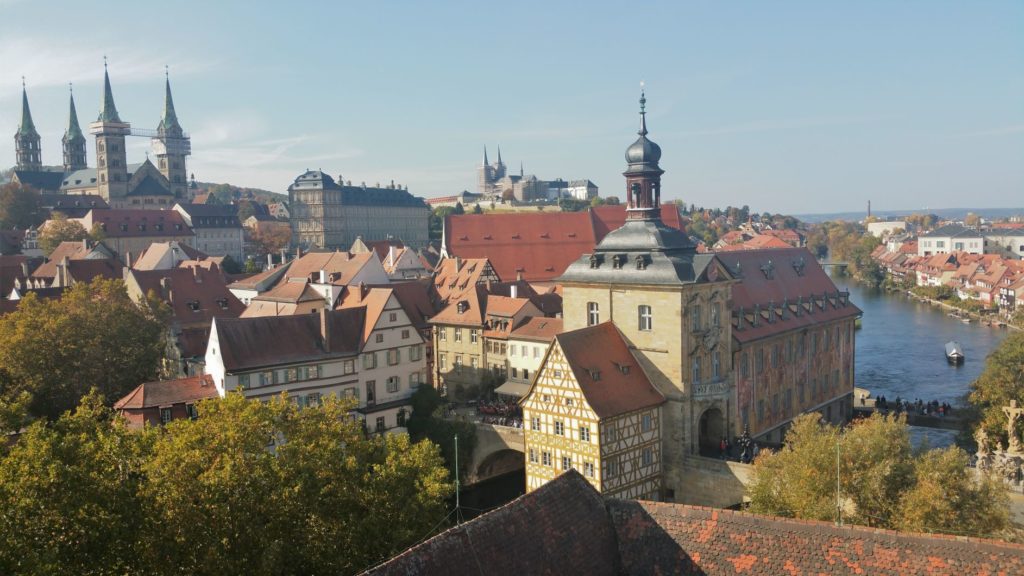 The city of Bamberg is the last stop on our journey. It is located in the south of Germany and we discovered it on the perhaps last warm and sunny weekend of the year. We apparently weren´t the only ones taking that chance, since some of the most touristic streets in the center were still crowded with people. These streets belong to one out of three centers of Bamberg: to Inselstadt (island city) that has is origin in the 12th century. While exploring that part the name becomes obvious. A number of remarkable historic buildings like the old city hall are built on one of the several islands that are separated by arms of the river. Partly they are that small that daring architecture fills up the available space or even a little more. 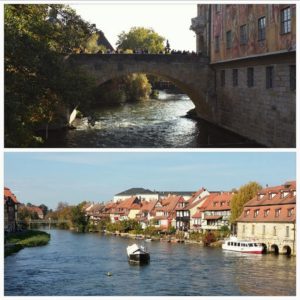 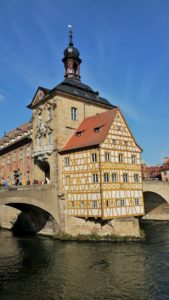 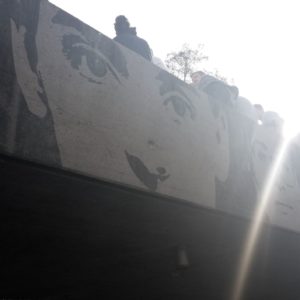 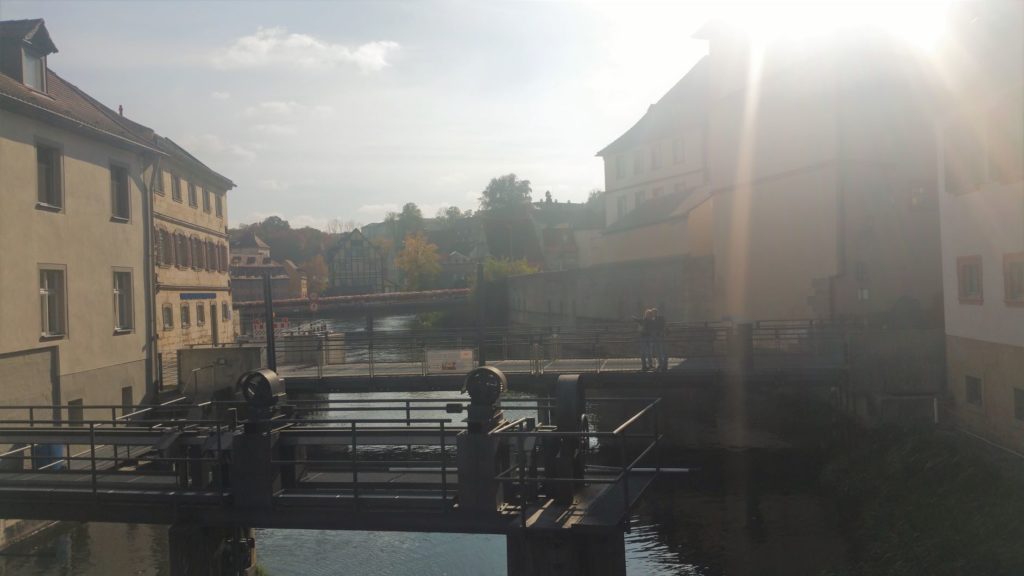 The second center is Bergstadt (mountain city) and includes several hills that are crowned by different important buildings. One of them is the cathedral, another the monastery St. Michael that are from far visible. The roots of this part of the city date back to the 11th century. 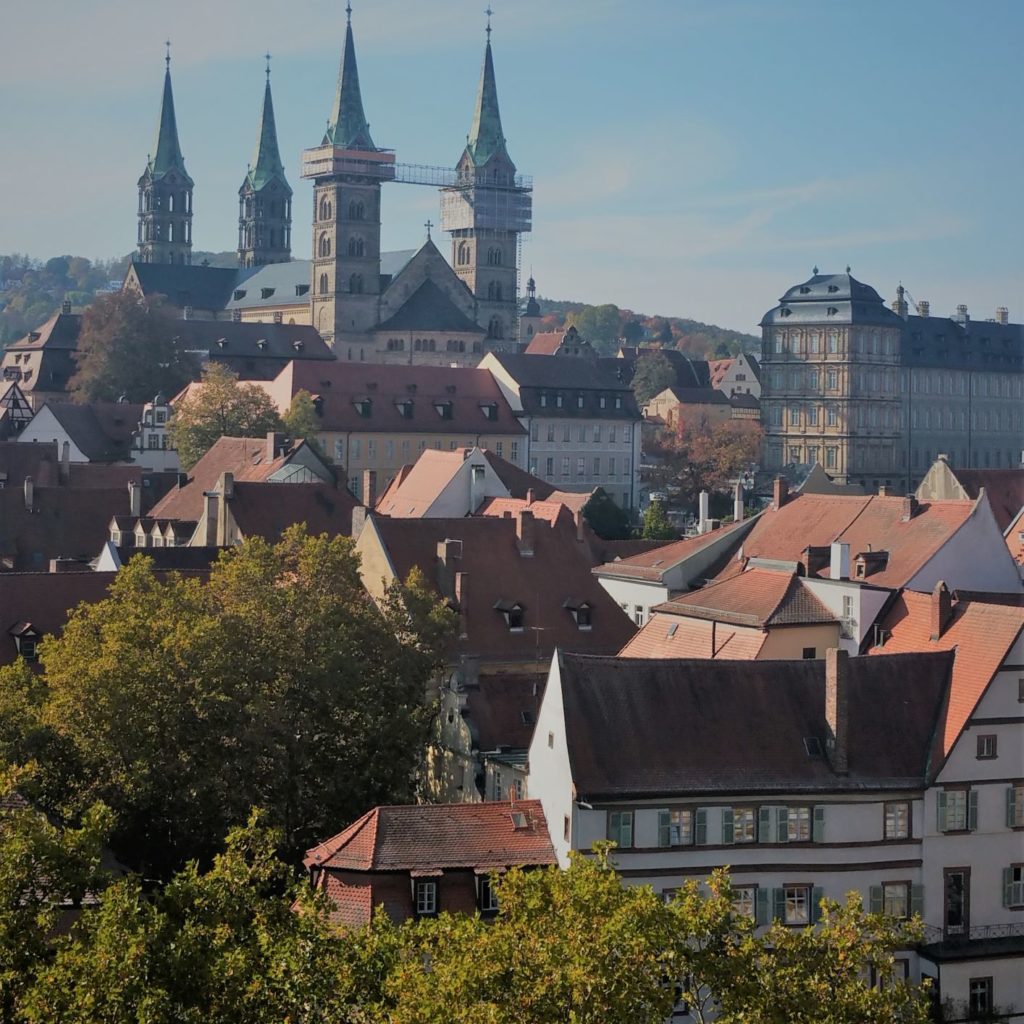 The third part Theuerstadt or also known as Gärtnerstadt (city of gardeners) is located on the south bank of the river. It is just a short walk from Inselstadt to go there but we were really thankful to have a well informed guide with us since it is very likely to get a little lost on the way to entrance to the gardens. Patricia from the world heritage office in Bamberg gave as a fantastic tour with a lot of insight information to current questions that emerge when developing heritage sights and finding the balance of accessibility for public and the interests of residents. Since the middle age (dating back to 14th century) the quarter is living and working place of gardener families. They grew vegetables to sell in at the city market in Bamberg or for some specific goods even more far away to Nürnberg, the nearest bigger city. Within the gardener families there is a variety of different plants they grow. Some are specialized on vegetables, some others more on shrubs, plants, flowers or seldom species. The urban Gärtnerstadt contributed significantly to Bamberg´s announcement as UNESCO city, although contrasting with the densely built-up area in the city center. 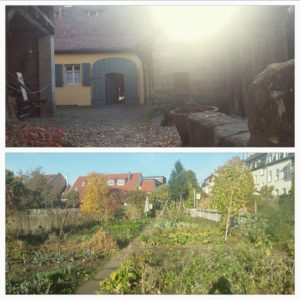 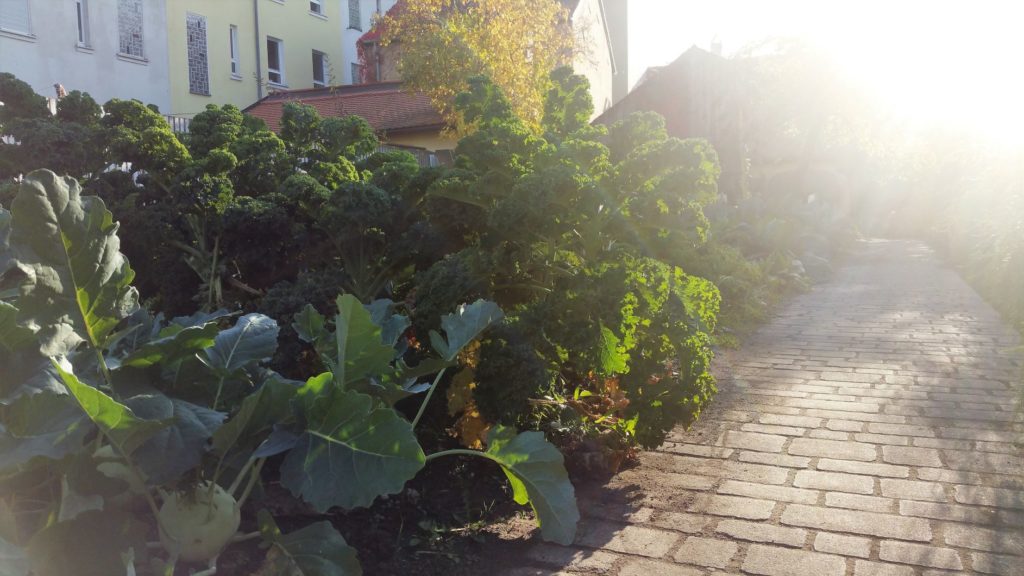 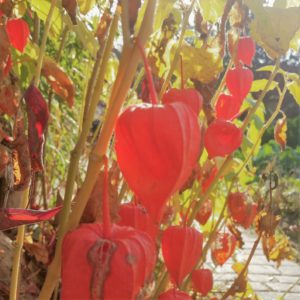 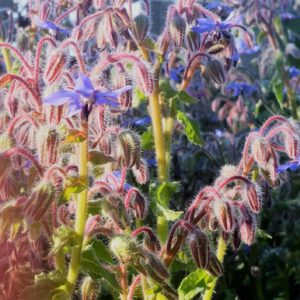 Heritage and history can be felt when walking through Bamberg. What visualizes this feeling is a look at a map from centuries ago: an ancient map of the city helps you with orientation just as well as a new one, differences are almost negligible. 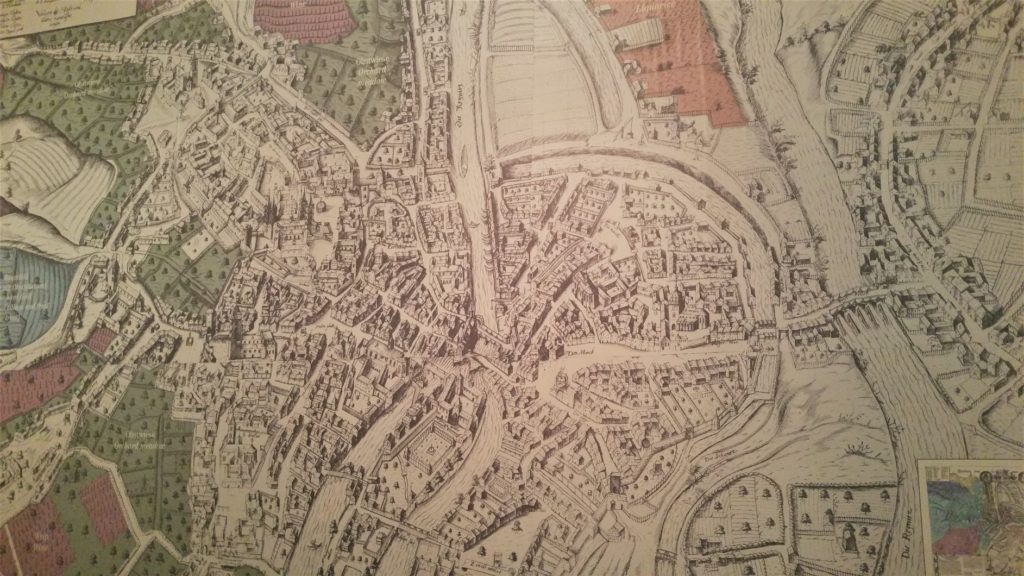 Thanks to Patricia Alberth, we got the unique opportunity to enjoy the city view from the tower of Castle Geyerswörth – whereby the tower itself is already a remarkable piece of wood architecture. 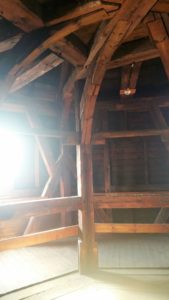 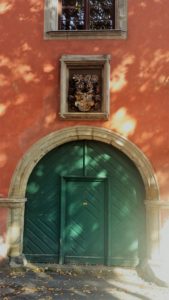 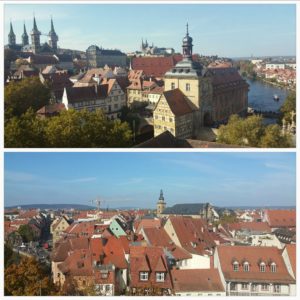 Nowadays the traditional way of growing in the middle of the city is endangered. Problems like profitability, worries about potential overtourism or a lack of successors by the gardeners makes it difficult but also not expedient rules by the city are problems that cause wasteland. The best place to view the whole area and to get an idea of the structure is the viewing tower that is inspired by a greenhouse. Also worth a visit is one of the still existing gardens. The gardeners might let you walk and look around that you can get an idea of the working place with the perhaps most beautiful view of the city. 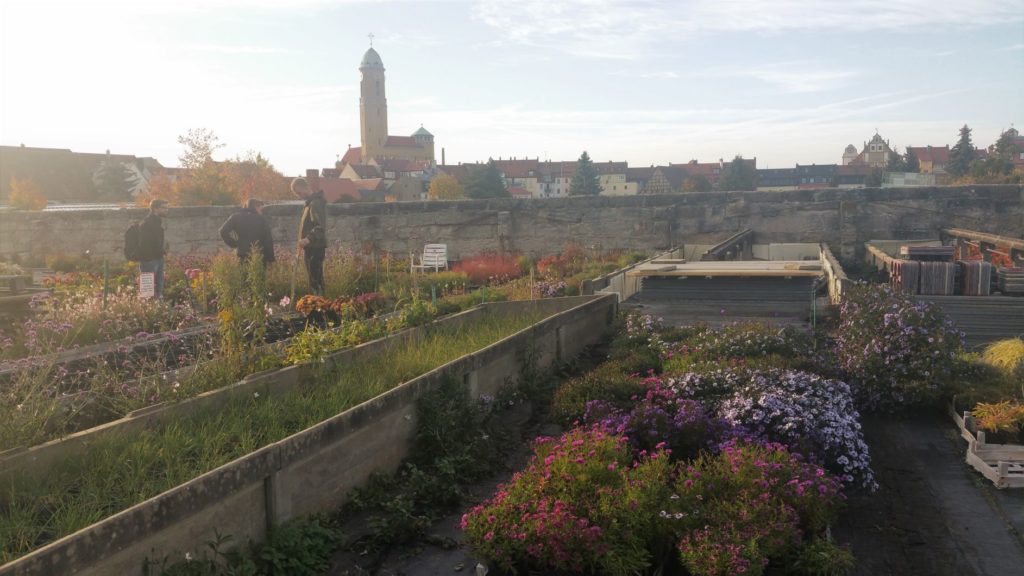 We got the impression that these huge protected areas in the middle of the city that are partly wasteland is a raw diamond. Projects like urban gardening, renting single parcel, gardening for education institutions like Kindergarten or schools are mushrooming everywhere. But to make good and meaningful use out of the area needs patient developing. It is anyways interesting to watch the progress and visit the place later again. 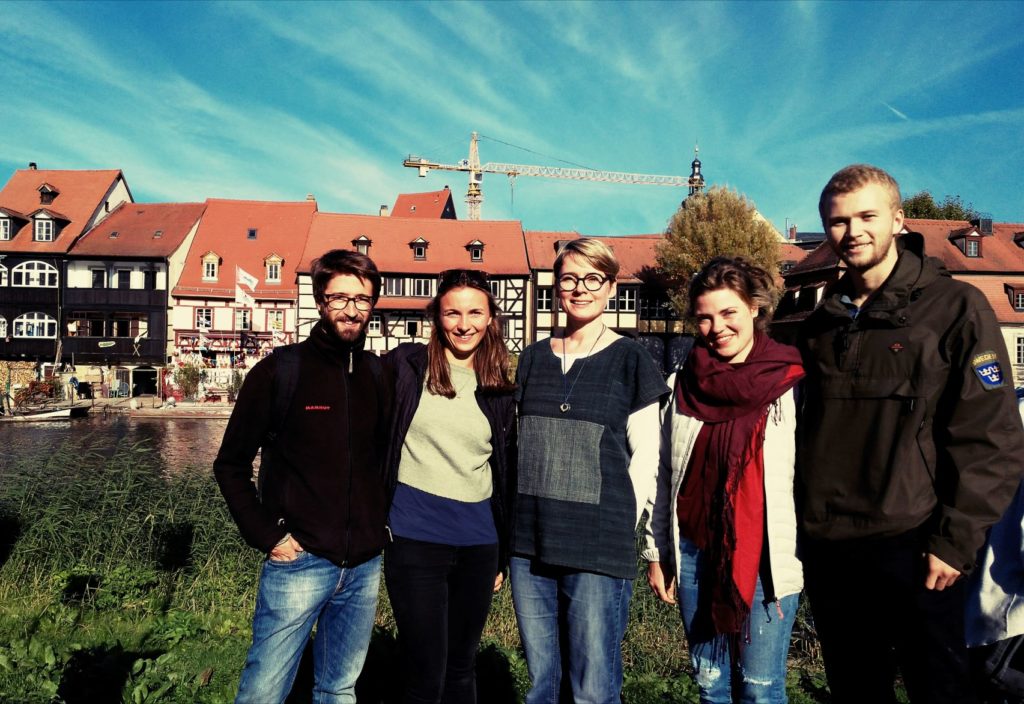