I started my travels a little while ago with a visit to one of the most magical World Heritage Cities in the world – which is a completely unbiased opinion since it also happens to be my home town.

Bruges is an incredibly well-preserved   medieval city, mainly thanks to the fact that the historic centre has been UNESCO protected heritage since 2000. The reasoning behind this UNESCO recognition was threefold: Bruges’ valuable architectural heritage (a very recognizable brick gothic style), its authentic medieval urban centre, and it being considered the birth place of the Flemish Primitive painting school (think Jan Van Eyck and Jheronymus Bosch!).

Walking through the cobbled streets feels like going back in time to the 12th century, when Bruges was an important commercial centre in Europe. My preferred way of experiencing this city is to aimlessly walk around, every corner you turn will reveal another picture-perfect spot! 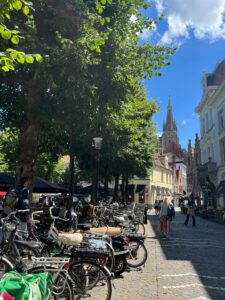 Several impressive cathedrals and churches show off the typical Gothic architecture, such as the famous Church of our Lady or the Belfry of Bruges. The Church of our Lady is the tallest structure in the city and the third tallest brickwork tower in the world! Do not stop here though, make sure to step inside to admire Michelangelo’s marble sculpture of the Virgin and Child – also known as the Madonna of Bruges. 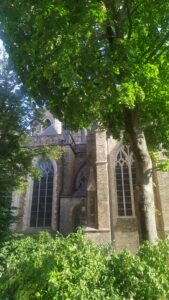 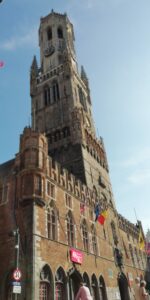 One of the city’s main assets is without a doubt the Bruges canals flowing quietly throughout the city centre, home to slightly aggressive white (and the occasional black) swans. On a hot day, which admittedly is not common in Belgium, there is nothing better than grabbing a Belgian beer at one of the waterside cafés, or hanging out in a nice green park. 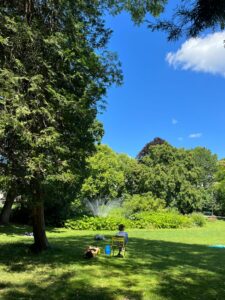 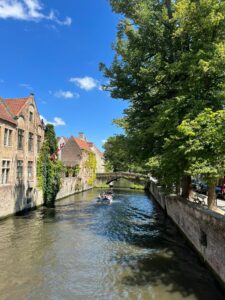 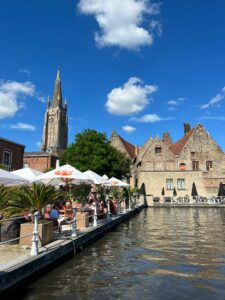 I was also lucky enough to meet with Karel Dendooven, the head of the head of the monument care and heritage affairs department in Bruges. He told me about the departments’ future plans and aspirations for the city, which are undoubtedly going to make Bruges an even more necessary addition to your travel bucket list! 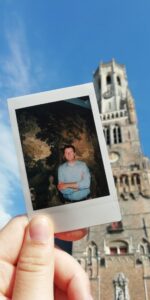