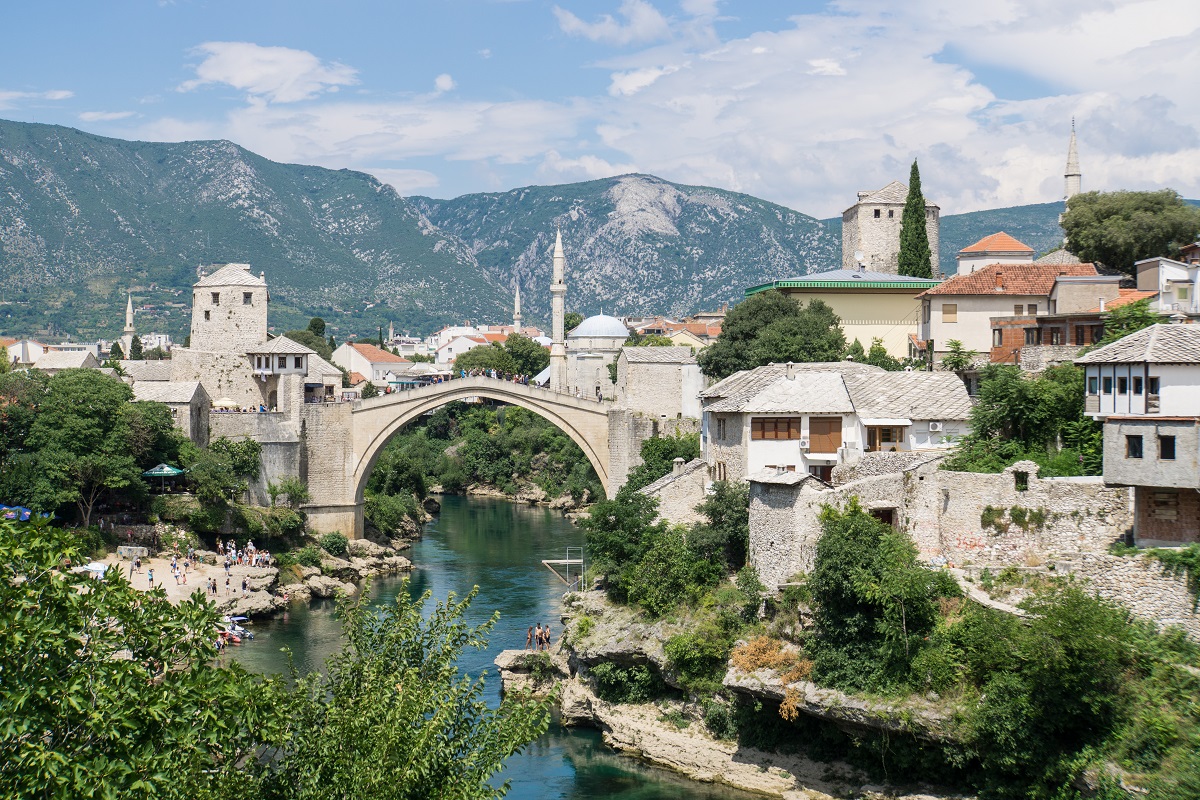 Stunning landscapes, huge areas of untouched forests, 21 kilometres of coastline with sandy beaches and lots of beautiful places to explore – that’s what I found Bosnia and Herzegovina to be.

During my one-week journey through this interesting Balkan country, I also learned many things about the history and how people with different cultural, ethnic and religious background are living together in Bosnia and Herzegovina. One example of a city where this can be seen is Mostar in the southern part of the country.

The city of Mostar consists of six districts, whereof the three western ones are mainly inhabited by Croats and the three on the east by Bosniaks.  It seems like these people are rather living seperated (by the river Neretva) than together in the city of Mostar. Before the Bosnian War, many Serbs were living in Mostar but most of them left the city during the war.

The war destroyed not only the relations between the inhabitants of Mostar but also parts of the historic town and the Stari Most (Old Bridge) over the Neretva. Since the end of the war in 1995, major steps forward have been made in the reconstruction of the city and the Stari Most could be reopened in July 2004. In the following year, Stari Most and the neighboring historic town were inscribed onto the UNESCO World Heritage List.

When you enter the city of Mostar through the street that leads you directly to the Stari Most, you can already see the crowds of people squeezing through the narrow alleys of the historic town. Souvenir shops, restaurants and cafés string together and you here people talking in many different languages.

As you arrive at the bridge, you can see that there are nearly no people standing at the handrail on the left side but lots of people on the right side. That’s because they are waiting for the bridge jumpers to jump from the Stari Most, which is over 20 metres high, into the icecold Neretva. The bridge jumpers will wait until a certain amout of money is collected from the visitors before they jump from the bridge – this is an (significant) extra income for these guys.

I think, the flair inside the historic town would be different without all of these shops, restaurants and crowds. I personally felt a little bit stressed and cramped. As much more I enjoyed the view of the historic town of Mostar and the beautiful Stari Most from quite a distance. 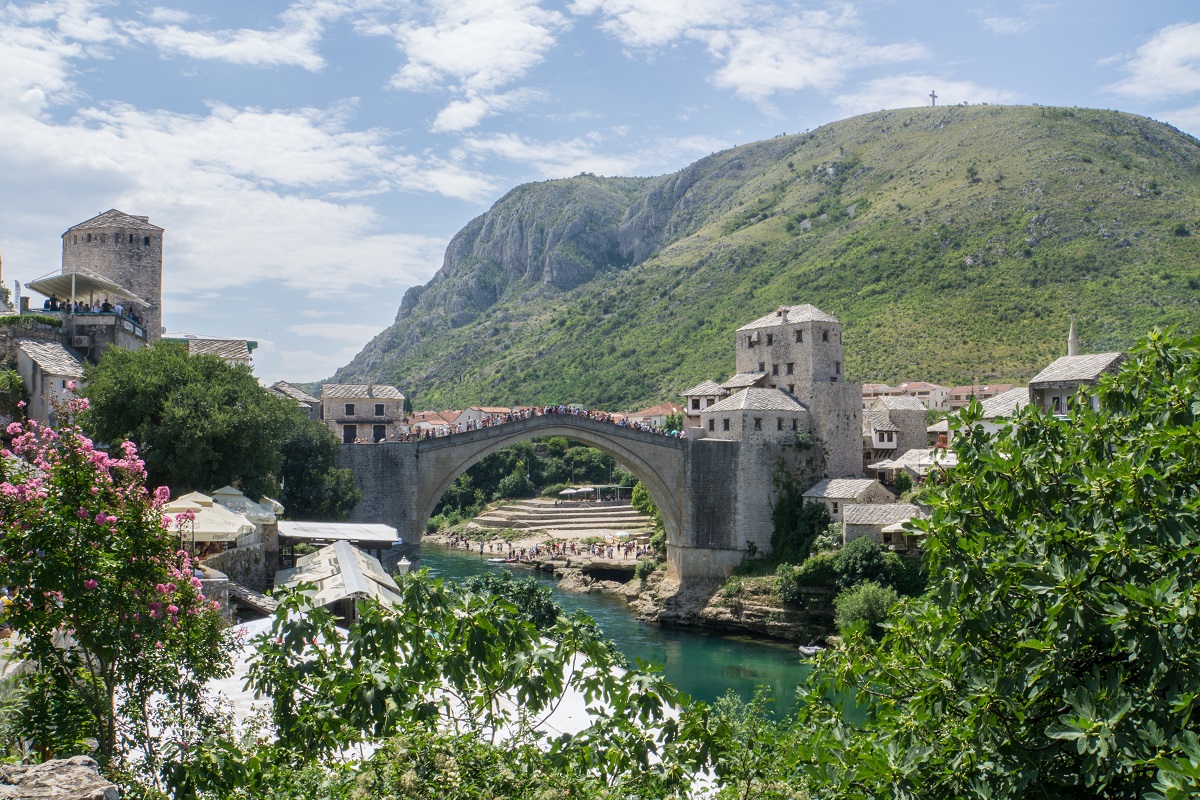 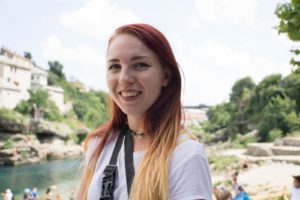 Elina, 24 years old from Finnland, came to Mostar because she got many recommandations to visit this beautiful city. She knew that the historic town of Mostar is part of the UNESCO World Heritage List what puts the cherry on the cake for her. Elina is fine with the big number of tourists in Mostar as she expected it to be crowded. She thinks that it’s important to make sure “that people can’t do whatever they want” to protect heritages like Mostar. Also, the money tourists put in the city by visiting Mostar should be a benefit to local business. When asked about World Heritages of the future, Elina told me that she thinks that modern architecture will be added to the list. 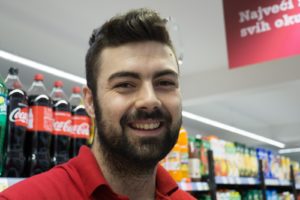 Amar works in a local supermarket near the Old Town of Mostar. He told me that for him personally, the growing tourism is the best thing in Mostar. He doesn’t think that there are too many tourists coming every day, although the numbers are increasing year after year. When asked about what the city itself does to guarantee sustainable tourism, Amar said that he has the sense that the responsible persons don’t really care about this topic. 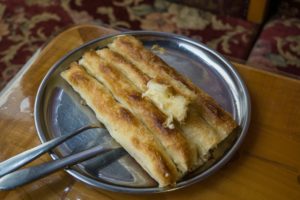 Eating is quite an important thing for me in general 😉 and especially while travelling – I love to discover regional dishes. Vegetarian dishes are pretty difficult to find in Bosnia and Herzegovina (vegan is even more difficult!), the land of Ćevapi. Fortunately I found this typical Bosnian strudel filled with cottage cheese, called Sirnica. It is traditionally rolled in a spiral and cut into sections for serving. There are some other versions of the strudel, f.e. filled with minced meat (Burek) or spinach (Zeljanica).