I drive home to Vienna like someone possessed. I can see only the road, the road signs, the gas stations. I’m blind to everything else. Luckily, besides a little hang-up with the Croatian border police regarding my cabbages, everything goes off without a hitch. For the first time in the whole trip, I take the Autobahn, and delight in its monotony. I listen to the radio. When German replaces Hungarian, I turn it off again.

Within a week of returning, the trees are completely bare.  It begins to rain, then snow. Across the city, the hammering of workers setting up the Christmas markets can be heard. They are hanging lights from the lindens on the Ringstraße.

For the first few days back, I try to see Vienna with the same objectivity as all the other places I’ve visited but I’m unsuccessful. I cannot forget that I know this city. I know by the heaviness of the air and the sounds of the trams and the garish colour of the trash bins and hundred other little things.

A man returning after years of absence would have known, with his eyes shut, that he was in that ancient capital and imperial city, Vienna. Cities can be recognized by their pace just as people can by their walk, writes Robert Musil in ‘The Man Without Qualities.’

Like all big cities, he continues, it consisted of irregularity, change, sliding forward, not keeping in step, collisions of things and affairs, and fathomless points of silence in between, of paved ways and wilderness, of one great rhythmic throb and the perpetual discord and dislocation of all opposing rhythms, and as a whole resembled a seething, bubbling fluid in a vessel consisting of the solid material of buildings, laws, regulations, and historical traditions.

At some point, I was as new to this city as I was to Mostar, Warsaw, Prague.  I chose it for a home, but could have easily chosen someplace else. I came once as a tourist, spent a few days walking around and decided it was good enough. A few months later, I arrived by bus with a suitcase, moved into a moldy little apartment, found work, and that was that.

I remember a friend coming to visit that summer from Stockholm. Vienna just won’t let you forget that you’re in the capital of a great empire, will it? He said. Another friend disagreed. I think it’s almost provincial here, she said. Both were right. That’s the charm of Vienna. Yes, it’s inconsistent, vain, and pretentious.  But never so much so that it becomes repulsive. It can laugh about itself. And as much as I curse it, I always come running back.

Knowing I will write this last article, I take walks through the city.  I walk from Ottakring, where I live, to the city center. Like always, the Ringstraße with it’s jumbled historicism gleams like someone has scrubbed it with soap.  I eat at a Würstelstand outside of the school where I learned my first words of German. I pass the Musikverein, where I used to buy standing-area tickets for Prokofiev and Brahms. I pass the Burgtheatre, where the intelligentsia yawn and smoke cigarettes just as they did a hundred years ago.  I say hello to my favourite waiter at Cafe Sperl, who has no time to talk, but remembers that I like to read the New York Times and brings it over to my table. On a rare sunny day, I walk up to the surrounding hills and look out over the city, at Prater and the Danube, which will continue on to Bratislava, Budapest, and empty into the Black Sea. I pass my old apartment that looked over the train tracks of the Westbahnhof. As always, it is lit up red from a brothel downstairs. Crows fight over garbage along the tracks. Windows of trains are lit up in the dark, even after they have emptied themselves of passengers.

Well intentioned friends in Vienna ask me about my journey, but I am unable to come up with anything remotely clever or interesting to say about it. ‘Berührend’ (touching), I say, ‘anstrengend’ (challenging), ‘wunderschön’ (beautiful). They nod. We move on.

Life, too, moves on with frightening speed. I have to drive twice a week to the Wienerwald to collect sticks for the wood stove in my apartment, otherwise I’ll freeze. My ear, ringing since Warsaw, keeps me up at night and I begin a series of absurd self-concocted treatments. I sign contracts, fill out forms, get the flu. I take the car to a mechanic. I pay another parking fine. I make cabbage soup. Life returns to normal.

At the end of November, I call up a friend. Help,  I say,  the weather is so bleak. Everyone’s so miserable. Wouldn’t it be nice to be back on the road again? 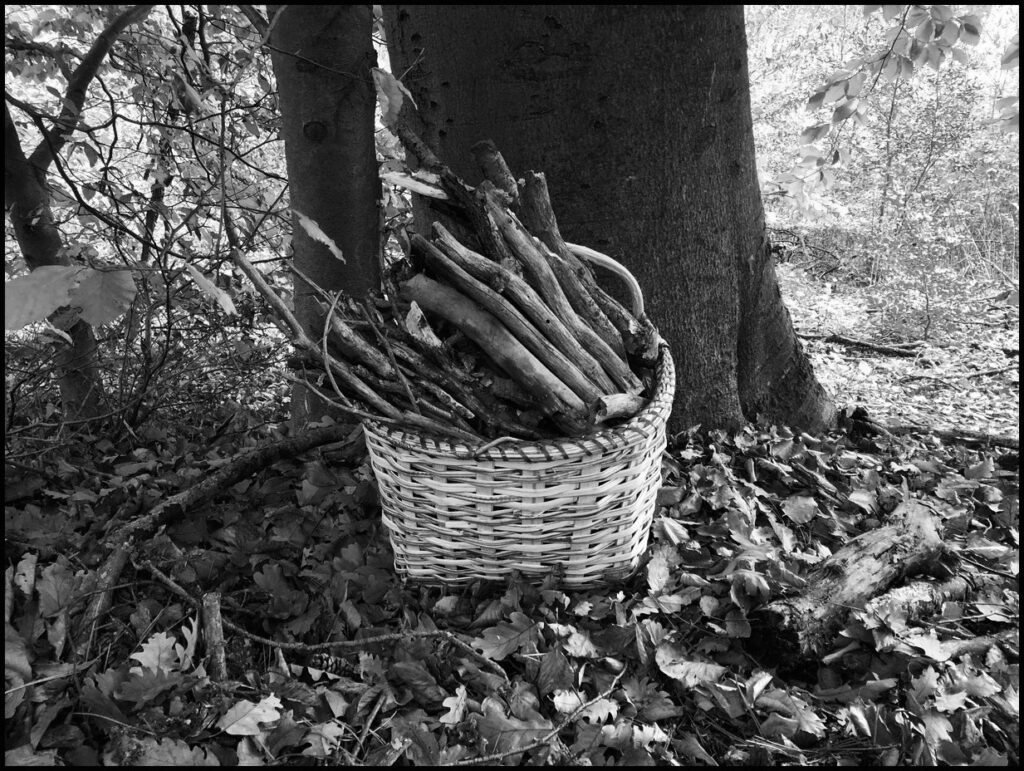