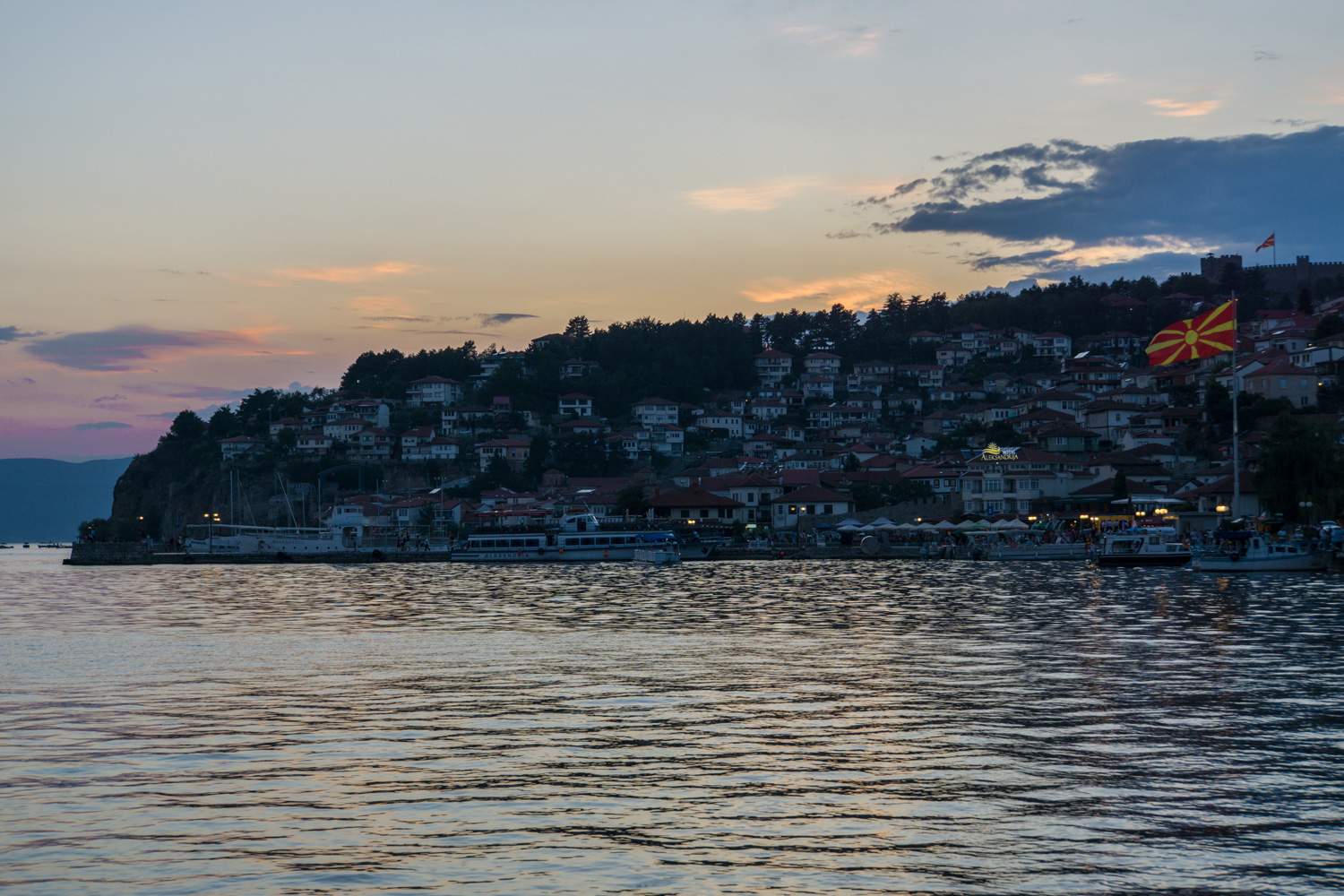 The reason is that Makedonija is originally a region which reaches from the north of Greece to the territory of the Republic of Macedonia and parts of Bulgaria. Also, small parts of Albania and Serbia are rated among this region called Makedonija. As a result, especially Greece is not okay with Macedonia claiming the name of this whole region for their state’s territory and has been vetoing against the EU-membership of Macedonia in the last years. Just a few weeks ago, in June 2018, the governments of Greece and Macedonia signed an agreement on changing the name to Republic of North Macedonia – this should settle the dispute and pave the way for Macedonia’s EU-membership.

Also unusual is the capital of Macedonia, Skopje. At the first glance I was impressed by all these imposing ancient buildings – until I found out that these were built just a few years ago in the course of the project “Skopje 2014”. The aim of this project was to make Skopje look more like a typical European capital and to build a sense of national identity. This didn’t really work well, many Macedonians were criticizing the construction of all these buildings, bridges, illuminated fountains and statues which the city is now full with. In their opinion, the money could have been used more useful, as the country is one of the poorest in Europe. Also, the cityscape seems pretty factitious and reminded me of the city-replicas in Las Vegas.

However, you can find actual historic places in Macedonia – for example Ohrid.

Ohrid is a charming little town situated right at the waterfront of Lake Ohrid, which is over 1 million years old and therefore the oldest lake of Europe. 70 percent of the lake are located in Macedonia, 30 percent in Albania. Lake Ohrid is an important and unique ecosystem that hosts more than 200 endemic species, for example the famous Ohrid trout. For this reason, the whole Ohrid region, including the lake, is one of only 28 sites listed as an UNESCO World Heritage for the cultural as well as natural heritage. 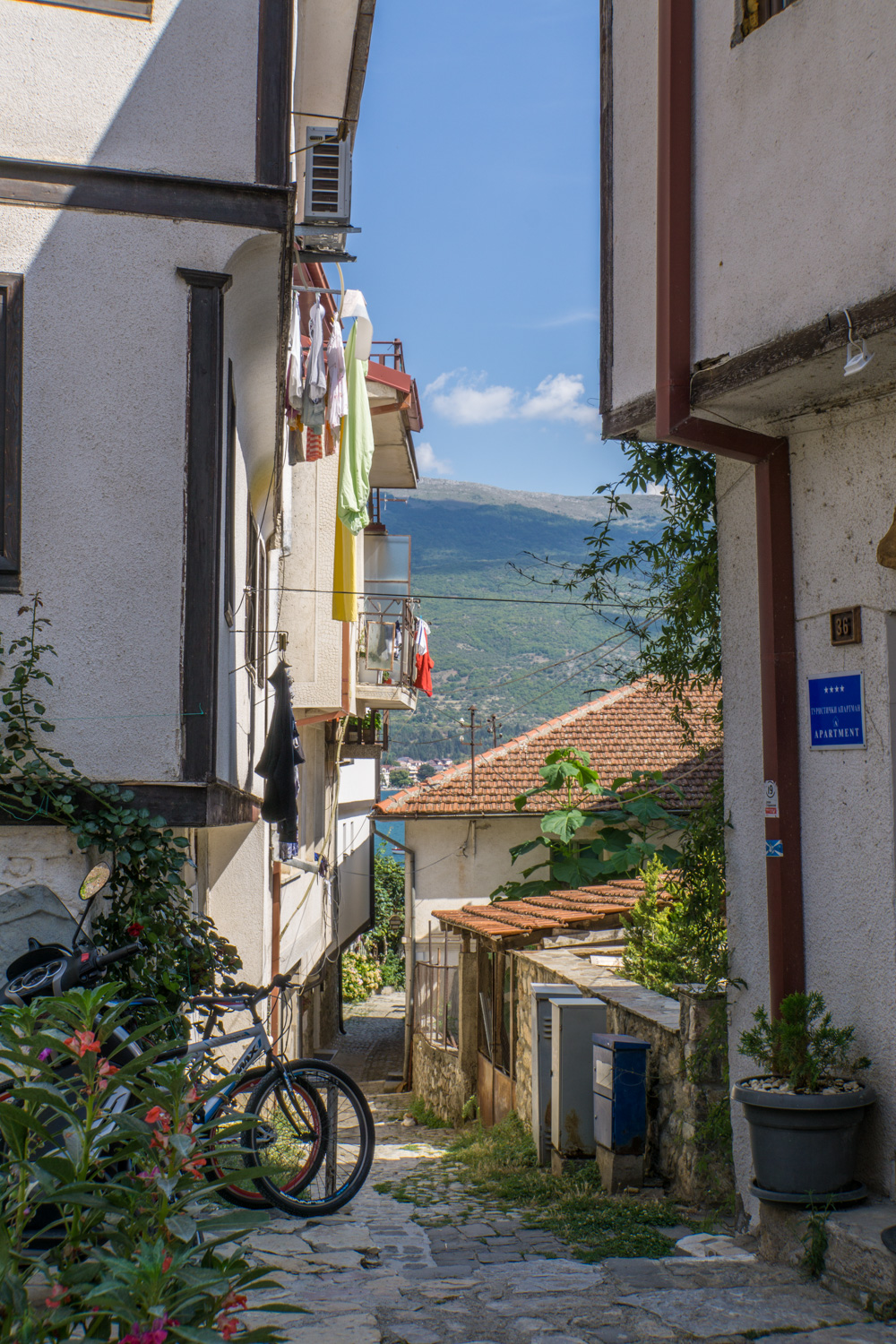 I liked the special atmosphere when I walked through the old city, up the hill to the fortress, which you can see from far away, pass old whitewashed Ottoman houses on both sides of the cobble-stone streets. Most of the houses were decorated with colorful flowers and plants what made them look even more lovely. What I noticed was that most of these houses in the old city of Ohrid were Restaurants, Cafes or Apartments. It didn’t seem like people are actually living in this part of the city.

Unsurprisingly, I also came pass many churches – in this region, there used to be 365 churches, one for each day of the year. The most famous one is Saint John at Kaneo, which is situated on a cliff right at the waterfront of the lake. They say this church is the most frequent postcard picture of Macedonia – with good reason. The church, which was built in the 13th century, looks just really pretty with the deep blue Lake Ohrid in the background.

Right below Saint John you can find a little chapel called Nativity of the Holy Mother of God. I liked this one even more, as its hidden beneath the cliff in the shadow, what was pretty confortable for a little rest. Also, I like that the chapel is built into the rock, directly next to the water. The water of the fountain in front of the chapel is said to heal all forms of eye diseases – I drank some of it, maybe I won’t need to use my glasses anymore sometime 😉 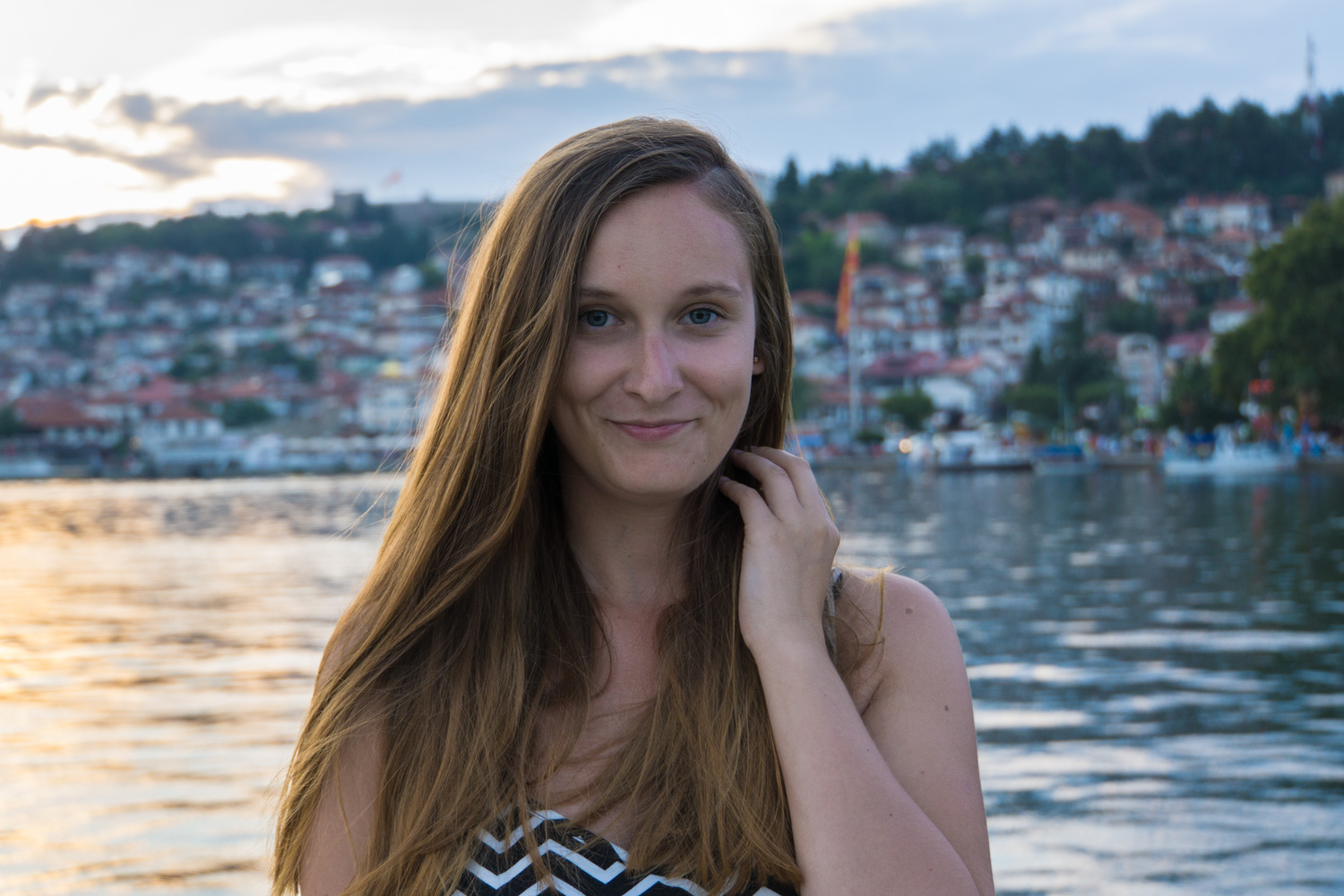 Katarzyna from Poland didn’t know that Ohrid is listed as an UNESCO World Heritage before we met. She came here because she had seen photos of the church Saint John on the internet – it wasn’t that easy for her, as she had lost her passport in Cyprus before and it was a costly enterprise to get a new one. When she asked her friends about Macedonia before her trip, it seemed like no one knows much about this small country – Katarzyna was as much more surprised to meet so many Polish people in Ohrid. She thinks that Ohrid is a really beautiful but also very touristic town. She has also seen other parts of the town, where the people are actually living and the real life is happening. It seems to her that the old city is artificially kept alive just for one reason: tourism. Katarzyna also criticized how the nature is being treated – she doesn’t think that all the excursion boats and jet skis are good for the environment. 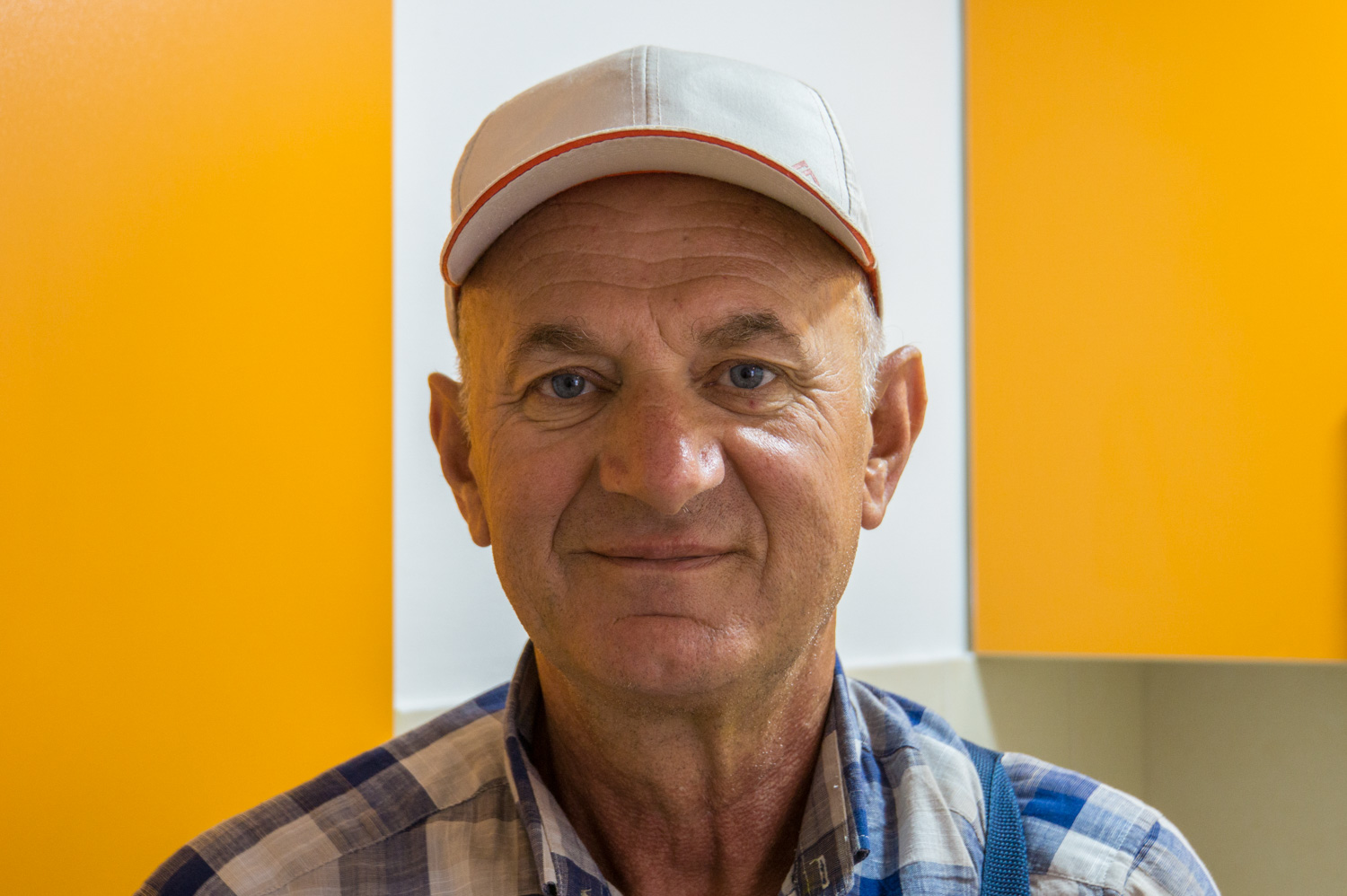 Lazo has been living in Ohrid for his entire life, but not in the historic part (like most of the inhabitants). He earns his living from tourism by renting out his apartments in the touristic part. Lazo used to work as a fisherman in former times that’s why we talked a lot about fishing in Lake Ohrid. He told me that illegal fishing is a big problem, especially in the Albanian part of the lake. Many restaurants in Ohrid are buying the illegal caught Ohrid trouts from Albanians, because they are selling it for a far cheaper price than in Macedonia. So, overfishing seems to be a potential problem. Lazo mentioned that Ohrid becomes more and more attractive for tourists all over the world, especially on the weekends the city gets pretty crowded. 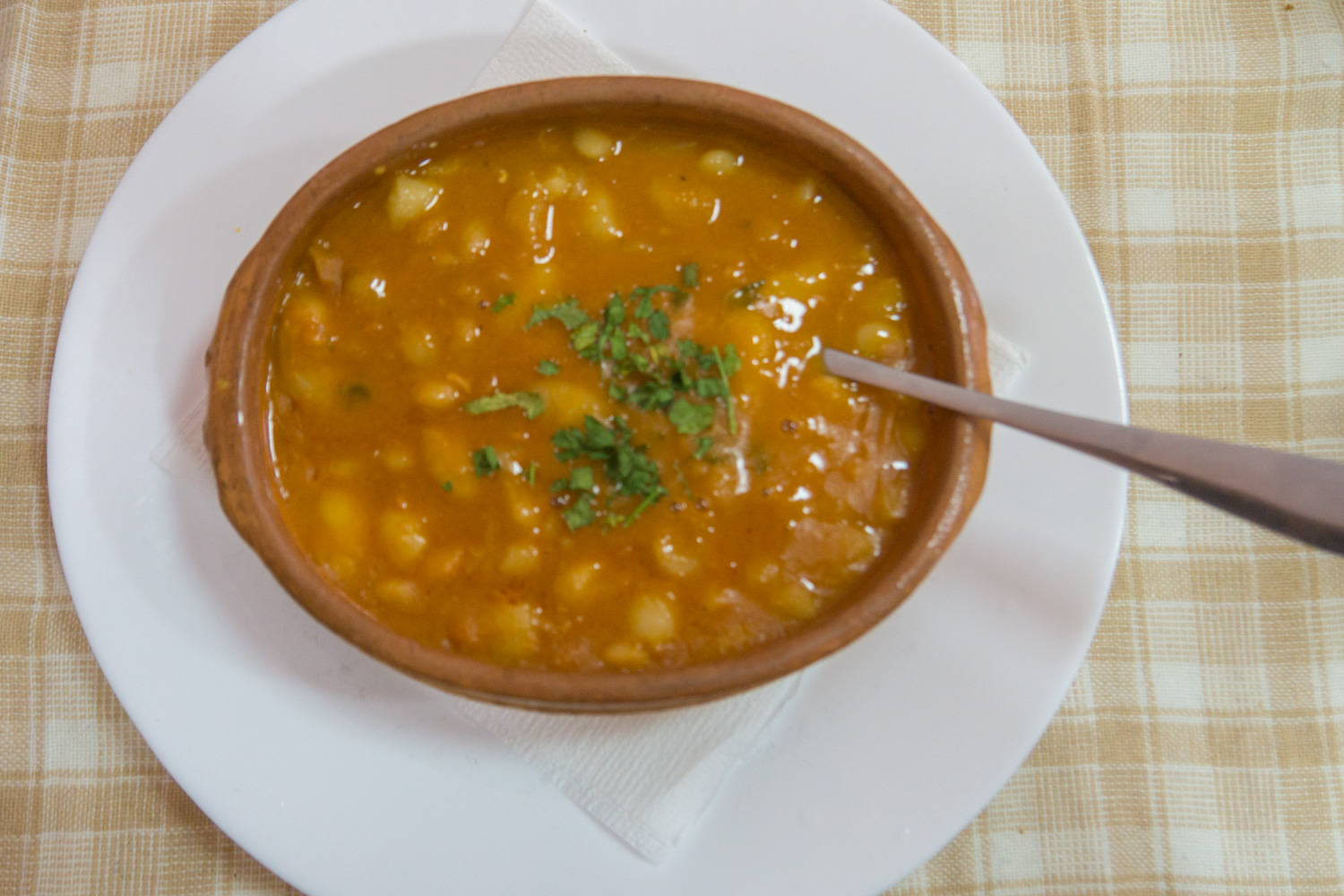 Tavče gravče is kind of Macedonia’s national plate. It’s a leftover of the Ottomans that ruled here for many centuries and a cheap poor man’s food.  The name literally means “beans cooked in a pan” and that’s exactly what it is: Baked beans in a sauce of spicy peppers, onions and tomatoes. This simple but delicious dish is served in traditional pottery.