Leaving Budapest right when the Hungarians started to celebrate their national holiday, i was dreaming of Zagreb. Sadly i had to cancel my stay there, to visit my sister, who was vacationing on the Garda Lake near Verona. She had a old extra mobile phone with her for me. 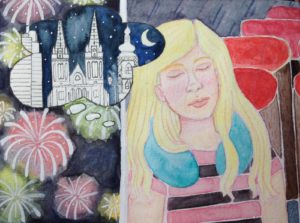 Largo di Garda is a vacation destination beloved by Germans. It’s perfect for a holiday with children. You don’t have to drive to long and some of the locals that work in the tourism sector can even speak German. I just spend half a day there, but i had the feeling that, while it was not too over crowded, the town existed still because of tourism. The structure of the city is hidden behind all the touristy shops and restaurants. Still beautiful but for me not real. 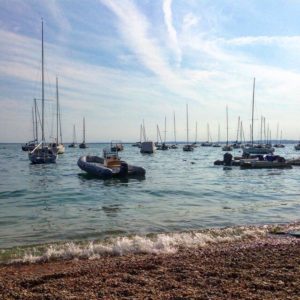 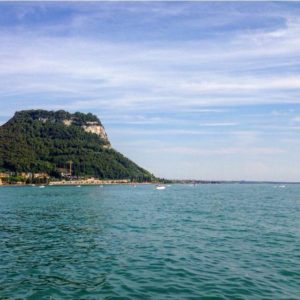 In Verona I stayed near the train station. So every day I wandered along the old city walls into the old quarters. The Scaliger, one of the important families of Verona, rebuilt those walls to expand the city beyond it’s original roman quarters. The city dates back to the first century b.c. Situated on the river Adige and in the center of North Italy, the city was perfect for a roman colony. Amazingly two city gates, the Arena, the Theatre and the Ponte Pietra bridge still standing from those times. 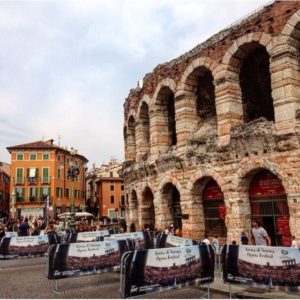 Verona is a World Heritage City since 2000. There are so many antiquity, medieval and renaissance style houses and churches, i can’t even count. This and the preserved military stronghold distinguish the city as a World Heritage site. Many backpackers i meet adored the city but also said that there is not much to do. In my opinion Verona is wonderful to look at and when you leave the crowded shopping streets behind. In the evenings i always found myself coming back to Piazza Corrubbio near the Basilica di San Zeno with her impressive bell tower. At this Piazza children are playing way into the night, family and friends are meeting after a long day. You will find ice cream and some benches with good lighting so you can read a book. 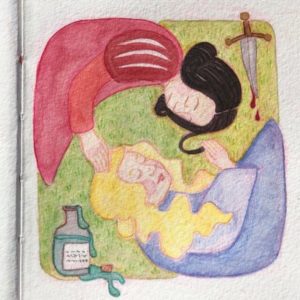 Verona is in general known as the setting for the shakespearean drama. The balcony of Juliet is a tourist magnet. I asked a lot of locals if they knew any legends about the city. Nobody could tell me one. Online i didn’t find specific ones either, so i looked in to the Romeo and Juliet Story, everybody seems to be crazy about. The story about the tragic lovers was no original by Shakespeare. Back than it was “chic” to copy themes from Italian stories. Tales exist because of reason, for example to warn young children to stay in at night. Legends additionally often are centered around true events or involve famous

people from the past.

Tho the Casa di Julietta with her statue, grave and balcony and the  lesser known Casa di Romeo want us to believe the lovers were real people, that’s not true. In the time the stories were written, there was a family feud: Italy was divided by the Ghibellines and the Guelphs. The influential families in every city swore their allegiance to one of those factions. Everyone who had something to do with the rivaling family was a enemy too. So the starcossed lovers with there intrusive families could have been from everywhere in Italy. 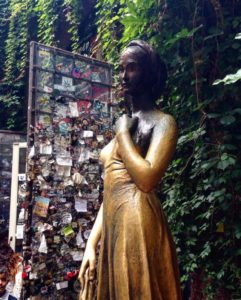 But Shakespeare might still have taken inspiration for real life. Some Shakespearean scholars believe that the writers patron, Henry Wriothesley, 3rd Earl of Southampton, inspired Shakespeare’s Romeo. Henry’s  stepmother was a descended from the Viscount Montagu. Sounds a lot like Montague. Henry Wriothesley had an unapproved relationship with Elizabeth Vernon. Queen Elizabeth I was not amused about their marriage, the queen put them both in jail as their union was a political threat to her reign.  Unlike the real Romeo and Juliet, the Wriothesley and Vernon were later released and  lived “happily ever after” outside prison.